When the fishmonger becomes the scaremonger 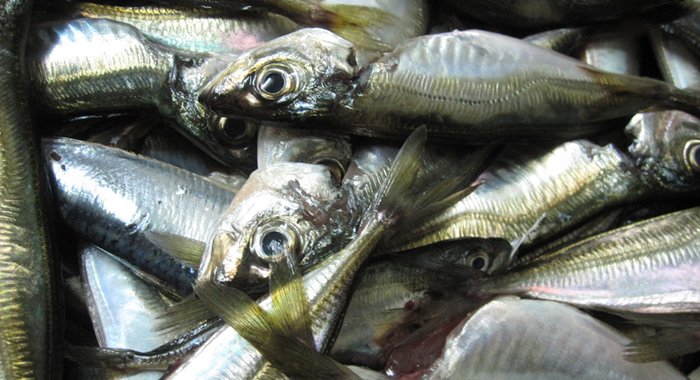 I have heard it said many times in the last 14 years that something in the state of SVG stinks. Well, I for one can confirm that the stink is in fact a political stench emanating right from the head of the ULP government.

The Honourable Arnhim Eustace has found a way of righting, to a small degree, the past that the Garifuna nation from SVG suffered at the hands of our predecessors in title. Just like the Gonsalves and the Portuguese government and the predecessors in title, the Madeira government, owe the world an apology for the Atlantic Slave Trade. Well, we must owe the Garifunas something, which must be wrapped in respect.

Instead of congratulating Eustace and giving the respect deserved to the Garifuna nation, Gonsalves gets onto the media and tells Vincentians they will be coming after our houses and jobs, telling enormous lies about 800,000 plus people flooding our little island, having the right to vote and generally taking over. That is what I refer to in the heading “When the fishmonger becomes the scaremonger”.

So let’s try and unravel the lies and innuendos. If the NDP are elected, Mr. Eustace says he will welcome the Garifuna Nation to apply for honorary citizenship. We can be sure there will be a normal procedure like for any other applicant, with the acceptation of the wait for a number of years to attain citizenship. Neither I nor anyone else knows what the exact procedure will be, but you can be sure it will include affidavits and police reports, and other procedures. They will, I suggest, be subjected to better, more circumspect, in-depth and rigorous “due diligence” than was obtained regarding the citizenship of Dave Ames and others by PM Gonsalves.

If a West African country stated that they were to give honorary citizenship to all Vincentian of African descent because they were complicit in selling our ancestors to the Europeans and the shipping of our ancestors to the Caribbean, does anyone, for a single moment, believe that we would all pack up and move to Africa? Of course not! What a very stupid assumption. Well it’s the same for the Garifuna. They have family ties, lands, properties, businesses and family in the graveyard: they are going nowhere.

What we can be sure of is that it will bring a lot of those people as visitors to SVG to the Garifuna Mecca on the island of Balliceaux.

I have been wondering if the reaction by PM Gonsalves had something to do with the trips he made abroad seeking investments. I notice Balliceaux is currently for sale on a website for US$30 million.

The vendors’ agents are Grenadine Islands Villas of Bequia.

There is no mention of the island being sacred to the Garifuna; no mention in the sale details on this site regarding the history of the island. May I suggest that readers call the agents phone number Tel: 0843 315 4768  BT 4p/min and complain profusely.

Below is a letter sent to Gonsalves in 2005 by Michael Polonio President of the National Garifuna Council of Belize.

Sale of the Island of Balliceaux

Subject: Pending sale of the Island of Balliceaux

It has been brought to the attention of the National Garifuna Council of Belize (NGC) that the island of Balliceaux is being advertised for sale, for development as a tourism resort. We are mindful of the fact that the island is privately owned and, therefore, not subject to the direct control of the state.

We must point out nonetheless that Balliceaux is regarded as sacred ground and is viewed with the greatest reverence by the descendants of the Garinagu who were imprisoned by the British on this island from July, 1796, to 11th March, 1797.

History records that 2,500 or more men, women and children died there from starvation and disease.

It is, therefore, with deep sadness and disappointment that we hear of this intention to desecrate the burial ground of our ancestors and impose this final insult to indigenous peoples of the Caribbean, and to transform the resting place of their earthly remains into a playground for the foreign tourist, creating the perception that the pursuit of wealth has taken precedence over human dignity and respect for our forbearers and for our history.

Sir, it has been over 200 years since we were exiled from our ancestral homeland, the island of Yurumein (St. Vincent).

Nevertheless, the events of that period continue to hold spiritual significance and serve as a source of inspiration to each generation of offspring of the survivors of that horrific act of genocide on Balliceaux.

Honorable Prime Minister, we urge the intervention of your Government inputting a stop to this sale and to the final indignity that is intended to be exercised on the souls of our ancestral dead.

We are extremely grateful for the recent actions and measures taken by the Government and People of St. Vincent and the Grenadines to correct the dishonor and distortion of the history of the Garifuna Nation. We applaud the recognition that has been given to the fallen freedom fighter and leader of the Garifuna Nation, Chief Joseph Chattoyer.

Balliceaux is a monument to the suffering and survival of indigenous people against incredible odds. Let it be so declared, so preserved, honored and respected. I am sure that we speak for all Garinagu in pledging our support to you and to your Government in this regard. We stand ready to work with you to do whatever is necessary for the safeguarding of Balliceaux as a monument most fitting to those Garifuna men, women and children who fought and died to defend our homeland, our freedom, our human dignity and our culture.

With assurances of the great respect and highest consideration of the Garifuna Diaspora,

Minister of National Development Hon. Baptiste, Minister of Tourism and Culture, St. Vincent and the Grenadines

It would be most interesting if the Garifuna Council published the reply letter from Gonsalves, if there was one.

Garifuna, Vincentians, send the man a message, it’s time for him to go.

2 replies on “When the fishmonger becomes the scaremonger”