Woman dead, ex-lover in hospital after chopping incident in Chateaubelair 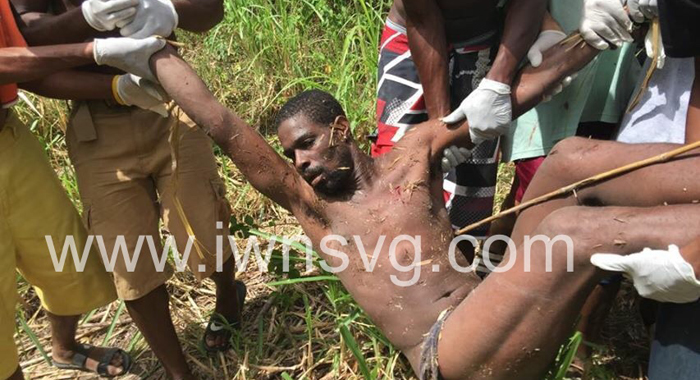 A Chateaubelair woman is dead and her ex-lover in hospital after a chopping incident in the North Leeward town Sunday morning, months after their relationship ended.

Detective Sergeant Atland Browne of the Major Crime Unit told I-Witness News that sometime before 9 a.m. Sunday police in Chateaubelair, along with members of the Rapid Response Unit, responded to a report that a house was on fire in the Plan area of the town.

He said that the house was occupied by 39-year-old Keno “Choice” Franklyn and 36-year-old Sheline Monicia Johnson.

Browne said that when police arrived, Johnson, who sustained chop wounds to the neck, had been taken to the Chateaubelair Hospital, where she was pronounced dead at 9:10 a.m.

Franklyn, who police suspected inflicted the chop wounds on Johnson, was found in bushes some 300 feet from his home sometime later.

He is believed to have consumed a poisonous substance and was transferred from the hospital in Chateaubelair to the hospital in Kingstown “for further analysis,” Browne said.

Residents of the town said the chopping is believed to have resulted from an intimate relationship between Franklyn and Johnson that went sour earlier this year.

One of Johnson’s neighbours, who identified herself as “DD”, told I-Witness News that she assisted Johnson soon after the incident.

Johnson is said to have moved to a house in Sharpes, another area of the town.

DD said that she learnt of the incident when her brother called out to her telling her to come assist the injured woman.

“When I come out now, I see him (neighbour’s brother) holding up the girl on the porch. So I go to she assistance, then four ah we bring she over into our yard.

“I tie up her neck, then she hold a conversation with me — surprising.

“She said when she in the house, he asked she to make up back with him, and she say no. Then he grabble she by she pants and say, ‘Ah dead yo’ dead’, drag she into the bedroom. When she in the bedroom, she say he choke she and gi’ she two chop and she drop on the ground, and he light the bed afire.

She said that someone who came by with a car took Johnson to the hospital, located nearby.

Johnson’s death brings to 10 the number of homicides in St. Vincent and the Grenadines this year, the fifth in the last two weeks.

2 replies on “Woman dead, ex-lover in hospital after chopping incident in Chateaubelair”