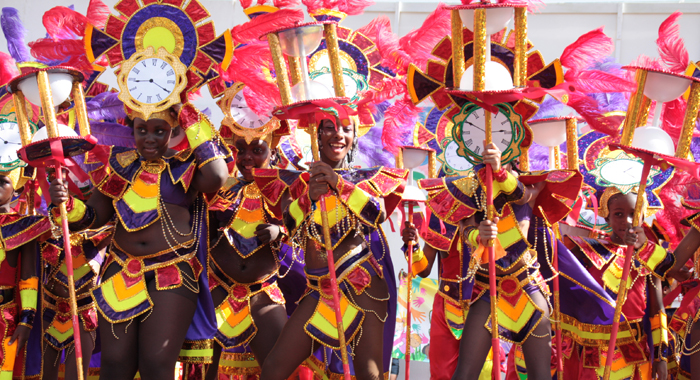 Blondie Bird and Friends’ “Illusion — Never See Come See” made an almost clean sweep of Junior Carnival 2015 as the band retained the Junior Band of the Year title at Victoria Park on Saturday.

Nelson Bloc placed second with its presentation, “Soccer: The Game of the People”, while SVG Players International’ “Masquerade” place third.

In addition to winning the top prize, Blondie Bird won the Individuals 5-9 category with “Magic”, while its “Illusion of Grandeur” placed second in that same category.

The band also took the top two places in the Individuals 10-15 category of the competition, with “Optical illusion” (first) and “One moment in time”.

Danya Prescott of Blondie Bird took the Junior Queen of the Bands title with her portrayal, “Day Dream”.

The band’s “Hand Shadows” also reigns as Junior King of the band.

The band also walked away with the top two placed in the Best Junior Section category, with “One Moment In Time” placing first and “Musical Illusion” second, while “Reggae Girls” a section from Nelson Bloc’s “Soccer: The Game of the People”, was third.