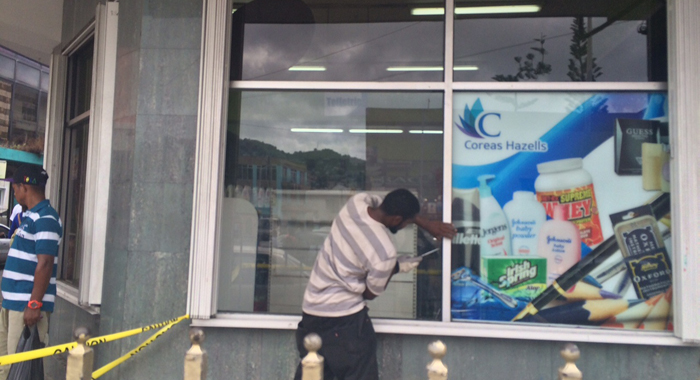 A flat screen television used to disseminate information about Argyle International Airport was stolen from the show window of Coreas City Store in Kingstown this week.

A store official said police discovered Tuesday morning that the store window had been broken and the television removed.

The television is believed to have been stolen sometime between closing hours Monday night and Tuesday morning.

It is the only item known to have been stolen from the store. The official said there is no evidence that the burglar(s) actually entered the store.

I-Witness News was unsuccessful in its attempts on Thursday to reach spokesperson for the International Airports Development Company, Jennifer Richardson to determine the size and value of the television.

A Coreas official said that it is the second burglar at the store this year.

A passer-by saw a burglar in the store about three months ago and sounded the alarm.

The burglar escaped with a few bottles of liquor.