Monkey Say Cool Breeze Episode 3: Till Death Do Us Part 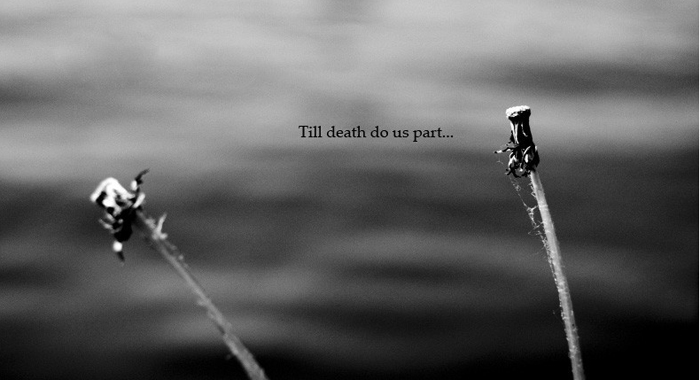 (We’ll announce soon opportunities to win when you read this short story. Tell your friends!)

Episode 3: Till Death Do Us Part

Seetha showed a peculiar interest in the meeting that night, her mother observed.

She volunteered to prepare the meal, and she even spent a couple of hours cleaning the house – and this was coming from a girl who had hitherto only found time to look in the mirror, eat, sleep, and look in the mirror again. All she did was wash her clothes, and even her once a week trip to the river had now quadrupled.

She had wanted to ask her second daughter why the sudden interest in Ramnarine, but had decided against it. Maybe she had realized that the boy was indeed a good catch. And, maybe that dreary look that she had noticed on Seetha’s face, when they sat down with Ramnarine and his folks, to work things out, was a sigh she was really in love.

But, each time Sundila tried to get her mind off her daughter’s positive disposition, she would look at Seetha and become bewildered, all over again. She had even asked her husband if he had noticed anything different about their daughter, but Raj had brushed her off: “Leave the child alone, woman. You should be happy she seems interested. We might fetch a half decent dowry for her after all.”

He had laughed and pinched her behind.

The wedding was held on December 5, 2002. It was a blissful day for the families of the bride and groom. Seetha’s mother was relieved that she was finally saying goodbye to her second girl before one of the malicious mouthed neighbours who never liked to mind their own business, spread the word that Seetha was not chaste, as was expected.

Raj, meanwhile, had been glowing all day, as if he had hit the jackpot.

As for Ramnarine, he was quite contented with himself – it seemed that nothing could go wrong; his animals were fat, his crops were bountiful, and he had the girl of his dreams. He could not ask for more. And, his parents were overly elated to see that their first son had found that good, strong woman; to bear those grandsons who would one day take over the family farm.

The entire village, always ready for some sort of activity, be it wedding or funeral, had come out to get a glimpse of the bride and groom. Seetha couldn’t help but feel the tinges of jealousy of some of the old maids lining the road as the car drove by.

Boysie was nowhere around. Seetha had gone to see him two nights ago, and, he was faring well. She had thanked him for the information, in a very special way. However, Seetha couldn’t believe her eyes when he had started crying. He had always seemed impenetrable. He had composed himself quickly, dried his eyes, and had explained that it was the thought of her leaving Trinidad, to go far away, and, it wasn’t about the marriage part of it.

Parang filled the air, and laughter bounced off the walls of the rented hall, as the invitees, and even those who had invited themselves, drank and ate, and danced the evening and the night away.

And, were it not for Raj’s insistence that the longer they feted the more it would cost them – as if he had spent a dime – they would have celebrated into the wee hours of the morning. But the man had started packing away the food and drinks, and even the gifts, and had found to his delight that his new son-in-law had been all too happy to help him.

Ramnarine knew that the longer the festivities continued the longer he’d have to wait to consummate his marriage. He could see that Seetha was more excited than he was, because when he had winked that it was time to end the night, she had quickly left for home, telling him that she was going ahead to get ready. She took a plate of food and a couple bottles of drink. He had smiled; she would surely need the energy. Maybe, tomorrow, she would start calling him Ram.

The track was pitch black, but Seetha negotiated it, as if it were the back of her hand.

She skipped over broken branches and dodged holes and stones, which on this night seemed more determined to prevent her – than on the many previous nights that she had outwitted their treacherousness — from making her visit to Boysie.

Intent on spending a few moments with him, and wanting to be back home before Ramnarine, Seetha, with the frock tail of her wedding gown up to her knees, reached her destination in record time.

Boysie, expecting her, was sitting on a tree stump, just outside his little one room shanty, with a tin cup in one hand, and a spliff in the other.

“I thought yo would never come, girl. Yo look sweet, eh”.

“Oh, hush your mouth… If I had on rags you would still say that”.

“But, of course … yo make everything look beautiful. What yo have in your hand there?”

“Oh it’s just some food and cake and a little drink for you. I’ll put them in the ice box, and then I have to leave before he gets back … ok …”

(Next episode on Wednesday)