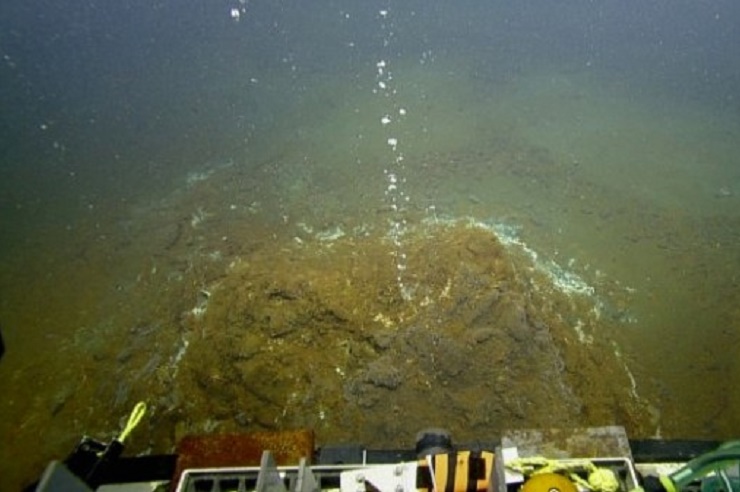 ST. GEORGE’S, Grenada, CMC — The Trinidad-based Seismic Research Centre (SRC) of the University of the West Indies (UWI) has reduced its alert level at the Kick ‘em Jenny underwater volcano, from orange to yellow.

However, the marine community has been advised to continue observing the five-kilometre exclusion zone from the volcano, located to the north of Grenada.

In a statement on Sunday, the National Disaster Management Agency said the SRC reported that the activity levels have been reduced significantly over the last 48 hours with no activity been recorded since late Saturday.

The statement said a team including volcanologist Fredieric Dondie, from the SRC, Grenada’s acting National Disaster Coordinator, and a camera person, participated in a flyover of the sub-marine volcano on Saturday.

“The volcanologist, Dr. Frederic Dondie, who has conducted extensive research on Kick ‘em-Jenny, concluded, after his observations, that there was absolutely nothing unusual in the area,” said the statement.

“Based on the above findings, and given the fact that the activity levels at Kick ‘em Jenny has diminished, the Government of Grenada, based on the advice of the SRC, has lowered the alert level to with immediate effect,” said the statement which explained that the yellow alert level means that vessels should observe the exclusion zone.

Meanwhile, a three-member team from the SRC is on the island upgrading equipment at various earthquake monitoring stations.

The stations are Marli, which overlooks Kick ‘em Jenny, Sister Isle, which is a rock island located close to volcano, and Mt St. Catherine, a stratovolcano and the highest mountain located almost in middle of the island.