Exploring the consequences of human trafficking 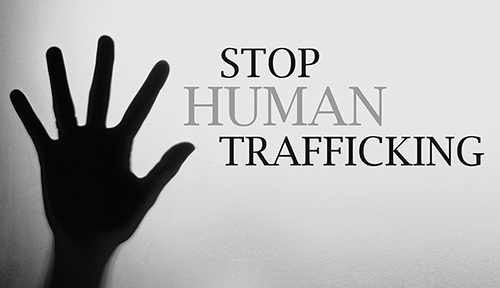 “…World Day against Trafficking in Persons is a call to action to end this crime and give hope to the victims, who often live unrecognized among us.  To stop the traffickers, we must sever funding pipelines and seize assets.  I urge all countries to ratify and fully implement the United Nations Convention against Transnational Organized Crime and its Protocol on Trafficking in Persons.”

In 2013, the General Assembly of the United adopted resolution A/RES/68/192 and designated July 30 as the World Day against Trafficking in Persons. This resolution declared that such a day was necessary to “raise awareness of the situation of victims of human trafficking and for the promotion and protection of their rights.”

What is Trafficking in Persons (TIP)?

The universal definition for trafficking in persons is “the recruitment, transportation, transfer, harbouring or receipt of persons by means of the threat or use of force or other forms of coercion, of abduction, of fraud, of deception, of the abuse of power or of a position of vulnerability, or of the giving or receiving of payments or benefits to achieve the consent of a person having control over another person for the purpose of exploitation.”

The above definition was established by the United Nations (UN) Protocol to Prevent, Suppress and Punish Trafficking in Persons, Especially Women and Children. This Protocol was signed December 2000 in the city of Palermo, Italy and is otherwise known as “the Palermo Protocol”. The “Palermo Protocol” is a supplemental Protocol to the United Nations (UN) Convention against Transnational Organized Crime of which St. Vincent and the Grenadines is a signatory to.

The crime of human trafficking usually involves the following stages known by the acronym- A.M.E

Elements of the Activity include;

Elements of the Means include:

Types of Exploitation include:

The ultimate purpose of human trafficking is the exploitation of the human being or victim for financial or material benefit.

Some Possible Causes of Human Trafficking

Below are some of the “push and pull” factors which can place an individual at great risk of becoming a victim of human trafficking;

When a person is ‘trafficked’ the consequences for the victim can be very great and painful. Here are some of the effects of human trafficking;

Human Trafficking is said to be a “black market” crime not easily identified or detected due to the organized and crafty methods employ by human traffickers. However, there are some common indicators which can help to identify a victim of human trafficking. They are as follows;

In conclusion, it takes a holistic and sustained effort by all stakeholders to end modern day slavery in all its form. On this special designated day against human trafficking, we encourage you play your part in ending this global scourge.

The Anti-Trafficking in Persons Unit (ATIPU)