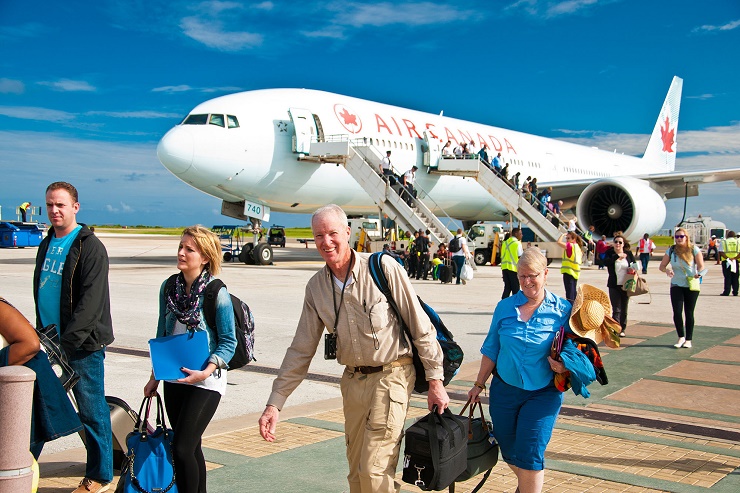 BRIDGETOWN, Barbados — During the first six months of 2015 Barbados recorded 303,592 long stay visitors, the first time the destination has ever topped 300,000 visitors in the Janurary June period in the 29 years of recording air arrivals tourism statistics.

This also represents a 14.3 per cent increase or 37,945 more passenger arrivals over the comparative period in 2014.

“This exceptional double-digit performance has been credited as the primary reason for the 0.5 per cent increase in local GDP and comes against the backdrop of the Caribbean Tourism Organization’s (CTO) five per cent growth projection for our region for 2015,”

“It also surpasses the global industry forecast issued by the United Nations World Tourism Organization (UNWTO) in January this year for international tourist arrivals to increase by 3 to 4 percent. Indeed, we are even above our own internal target for the year,” Jemmott said.

He also noted that visitor spending was up by 5 per cent though there was a reduction in the average length of stay. He cited a number of macro-economic factors including the United Kingdom air passenger duty adjustments, which took effect during the last quarter; falling unemployment in the United States; and lower oil prices reducing the cost of business and improved travel schedules within the Caribbean region.

An economic slowdown in Europe, lower oil receipts in Trinidad and economic challenges in Latin America, he said, represented the major downsides.

The chairman also revealed that Barbados’ accommodation sector is projected to receive new and refurbished plant or 2,300 additional rooms between 2015 and 2019 to the tune of $2 billion.

CEO at the BTMI, William Griffith, said, even with the current positive momentum, they had been working with their partners to ensure Barbados performed similarly during the softer months ahead, particularly September and October.

Through the “Brilliant Barbados” campaign, which was valid for travel during the period May 9 to December 19, over 1,000 booking were received after the first month of sale. This is equivalent to 5,500 room nights by over 2,000 visitors. The BTMI also proactively held meetings with eight of its airline partners to explore additional cooperative marketing efforts for the upcoming winter season, as well as opportunities to grow the number of available gateways.

The CEO also cited a number of important strategic projects currently underway including plans to creatively articulate the island’s brand positioning and an RFP for the creation of a new destination website. He stated that the organization has tightened expenditure controls across the board, which was challenging the BTMI global team to become more creative and more targeted in the execution of its marketing initiatives.