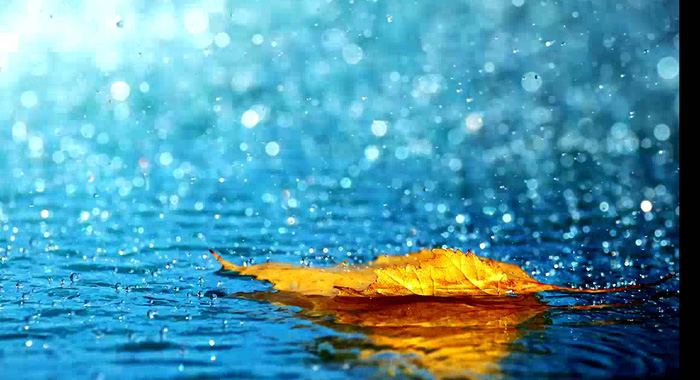 The rains were falling steadily. Ramnarine stood at the window, looking through the windowpane, on which swollen beads of rain were rolling down. Below, the wet street glistened as nightfall approached.

Ramnarine was still. He was trying to hear the sound of the rain falling on the roof. Nothing could be heard, except, the exhaust fan above the stove. He used to like listening to the rainfall in Trinidad; tap, tap, tap, on galvanised roofs. It was like music to the ear. When the rains fell on his roof in Toronto, he couldn’t help but observe the difference in the sound. It was suppressed and unmelodious. Neither was it backed-up by the squealing laughter of children playing in the street. The rains bathed their naked skin. Their laughter would grow louder when mangoes and other fruits fell easily and plentifully to the ground. The drenched and frolicking children, and the small animals that were left to roam, feasted on the mangoes like they were manna from the heavens.

Back home, life would slow down almost to a standstill, except for the rum shops that saw an expected increase in the sale of rum. Every year it would be the same. The rains would fall hard and incessantly for days, so shopkeepers never failed to stock up on extra cases of rum. Otherwise, it didn’t seem that anyone cared much for the rain, except the farmers and fishermen, as was to be expected, he reasoned, since the rains determined how much they ate that month, or if they were able to pay their bills.

When the rains fall in Toronto, life pretty much continues unhindered. In fact he had taken to checking the weather on a daily basis like most Canadians did, as a way of knowing how to dress, what the traffic would be like and what activities were on that day. But things never really slowed. Not even when mountains of snow fell from the skies; or hail the size of cricket balls fell; did it make a difference.

Ramnarine reluctantly moved from the window and went to the kitchen. He was really enjoying looking down on the passers-by. A few were soaking wet. Raincoats and umbrellas sheltered most of them who went about their business. Standing there, he saw a few umbrellas collide and had imagined each umbrella holder smiling, saying sorry and bidding the other a pleasant good night. Canadians were a mannerly people; it was common courtesy for someone entering or leaving a building to hold the door opened for the next person. He smiled. That could never happen in Trinidad, unless, of course, the person holding the door opened was being paid to open the door.

He removed the cover from the pot. He immediately dropped it as the steam rose and burned his hand. Cursing under his breath, Ramanarine blew his left hand, while using his right to stir the curry.

It was his first attempt at curry or any meaningful cooking. The smaller pot behind it was boiling furiously, like if it was upset at being used. It contained lentil peas and a peg of garlic. Ramnarine put the spoon in the pot, maneuvered a pea towards the two screws that held the pot handle and skilfully pulled it up the side of the pot before taking it between his index finger and thumb and squeezing it to see if it was ready to add the rice. He had already set a cup of rice aside and had no intention of picking it or washing it like his grandmother did. In one bowl, he had perfectly cut cubes of chicken, just like his granny would cut them, and was just about to add them to the curry, already simmering in oil on the stove top, when he decided that it would be better to first chop some hot peppers, garlic, thyme, chive and onion, before adding the chicken.

His mind was now off the window and the strangers below. He was no longer interested in counting umbrellas or imagining where passers-by lived. He was cooking and enjoying it. Earlier in the day he had used his day off from work to clean the apartment and to pick up some groceries. He had thought for a few brief moments about Seetha and would have thought her a bit longer, hadn’t he remembered that his granny often said that everything in life happens as intended. Of course, Ramnarine wasn’t superstitious. Neither did he consider himself to be a cold hearted and uncaring person, but he couldn’t help but notice that a few good things had happened to him since Seetha’s disappearance.

She opened her eyes. The room was moist and damp.

Kindly email answers to [email protected] along with address, telephone number. Winners may be asked to submit photo for publication.

Prizes are redeemable at Jujube Bookstore.