Nigerian students can vote in St. Vincent, if… 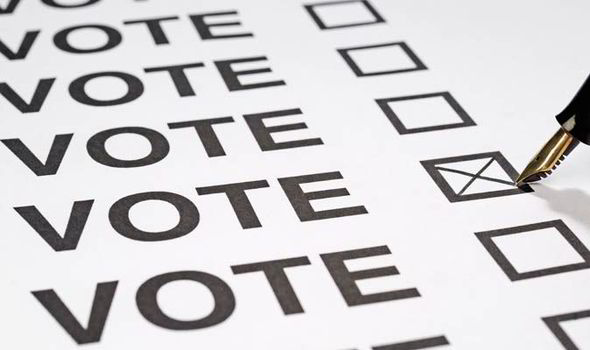 Nigerian students studying in St. Vincent and the Grenadines will not be prevented from voting in the upcoming elections simply because they are students.

“The law is very clear on the fact that a Commonwealth citizen who is residing in the country for a period of one year can be registered as a voter,” Supervisor of Elections Sylvia Findlay told I-Witness News on Monday.

“So, for our purposes, we will not discriminate against somebody because the person is a student. But as along as the person has been living here legally for one year…” she said.

Leader of the Opposition Arnhim Eustace told a rally of his New Democratic Party in Redemption Sharpes on Saturday that he has inquired of Findlay about whether the students would be allowed register as voters.

Eustace said he wanted to know what decision has been taken in St. Vincent and the Grenadines on the question of the eligibility of Nigerian students voting.

He said there is a court case involving Nigerian medical students in St. Kitts who voted in that country’s general elections earlier this year.

Findlay noted to I-Witness News that a person can only vote if they are registered as a voter.

“And I am saying, if they can provide evidence to the Electoral Office that they are, first of all bona fide Commonwealth citizens, secondly, that they have resided here legally for at least one year,

and they show up to be registered, we will register them, like any other commonwealth citizen who lives here.”

Findlay noted that a Commonwealth citizen must live in St. Vincent and the Grenadines for one year continuously to qualify for voter registration.

“But clearly, of the person is a student, then the person may have left the country for a brief period. Here is where the institution of learning also will come into play…” Findlay told I-Witness News.

5 replies on “Nigerian students can vote in St. Vincent, if…”