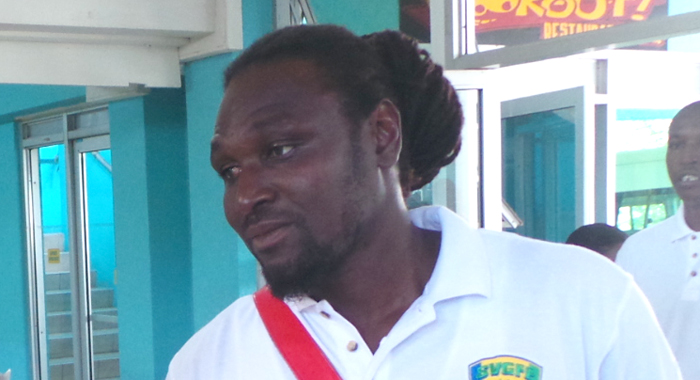 Assistant coach to the St. Vincent and the Grenadines (SVG) senior football team, Wesley “Butu” Charles, is now a patient at the Milton Cato Memorial Hospital nursing burns about his body following an attack last night at his Brighton home.

Reports are that Charles was asleep when his attacker doused him through a window left open while he slept.

I-Witness News understands that the former national ace defender suffered serious burns about his arms and body and was still at the emergency ward, where medical staff are assessing his injuries.

Reports indicate that an individual is assisting police with their investigation into the attack.

He played professionally in Europe and North America for a number of years and ended his career in 2010.

Charles was drafted in as part of the coaching staff of the national football team just over a year ago as assistant to his former teammate and colleague defender, Cornelius Huggins.

Charles is currently part of the unit preparing the team for the next round of the CONCACAF Zone Russia 2018 World Cup Qualifiers.