Woman in Intensive Care Unit after being robbed and beaten 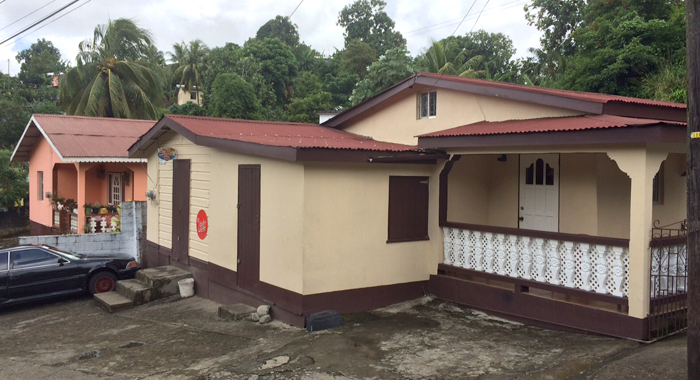 The property in Montaque, Marriaqua where the robbery took place. (IWN photo)

A 54-year-old shopkeeper from Montaque, Marriaqua was on Thursday in the Intensive Care Unit of the Milton Cato Memorial hospital two days after she was robbed and beaten at her home.

Police say that the woman, Roseclaire Weekes, was sleeping at her home around 3 a.m. Tuesday when three masked men, armed with guns, came into her room and beat her about the body while demanding cash.

Weekes operates a shop that adjoins her home.

Police did not disclose the amount of money that was taken from the woman, but well-placed source say that the robbers made off with EC$4,000 and US$1,700 in cash.

The robbers taped Weekes’ mouth with masking tape and used the line from her fixed-line telephone to bind her feet before leaving the house.

Sometime around 5 a.m., when the bakery came to make their regular delivery of bread, Weekes is said to have crawled to the front door and alerted the delivery person of the attack.