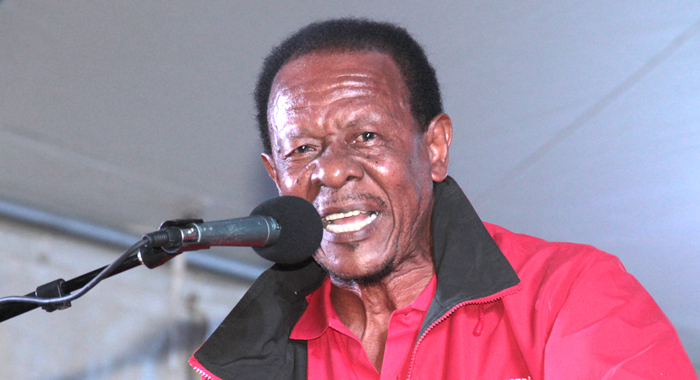 The leader of one of the nation’s trade unions is questioning the allegiance of head of a counterpart union, amidst their efforts to secure a one-month, tax-free payment for public sector workers.

“Any person who is leading a labour organisation and has very close ties to the government, it is always going to be a conflict to speak objectively on both sides. In other words, you will find yourself as if your hands are tied,” head of the Teachers’ Union, Oswald Robinson told I-Witness News on Monday.

Robinson was responding to a question about how confident his union and the Public Service Union are about the support supposedly pledged by head of the Commercial, Technical and Allied Workers Union (CTAWU), Joseph “Burns” Bonadie in their efforts to seek the payment, in lieu of salary increases since 2009.

The Teachers Union and the PSU have been leading the negotiations since last December and the CTAWU has come on board, saying that it supports the proposal.

But Bonadie is also an activist on behalf of the ruling Unity Labour Party, with which the unions are negotiating, and is also the head of the government’s “Worker Institute for Research and Education” — which opposition lawmaker, St. Clair Leacock, has described as “legislated corruption”.

“I don’t want to pull down anybody because of their political allegiance, they have their right of who they want to be affiliated to, but me, personally, I could speak for myself: it is difficult for me to be jumping with a particular political party and still be representing workers, especially in St. Vincent and the Grenadines, where politics is so pronounced.

“It’s three meals with snacks in between every day. As soon as you open your mouth and you say something about any politician, whether in opposition or in government, people going to label you,” Robinson said.

Asked at a press conference on Monday about the location, leadership, staff size and mandate of Worker Institute, Prime Minister Ralph Gonsalves said:

“The Worker Institute for Research and Education, Burns Bonadie is the person who is involved in that and Burns supplies a lot assistance in terms of advice on training. He also acts on advising on industrial relations too. And he get particular assignments to be done.”

But Leacock, speaking at campaign rally of his New Democratic Party Tuesday night, restated his view that the Worker Institute, for which the government budgets some EC$100,000 annually, is “legislated corruption”.

Leacock said that the Institute has no office, no desk, no telephone line and Bonadie is its only “staff member”.

The Teachers’ Union and the PSU have said  that they want the government to make the salary payment before general elections, expected before year-end.