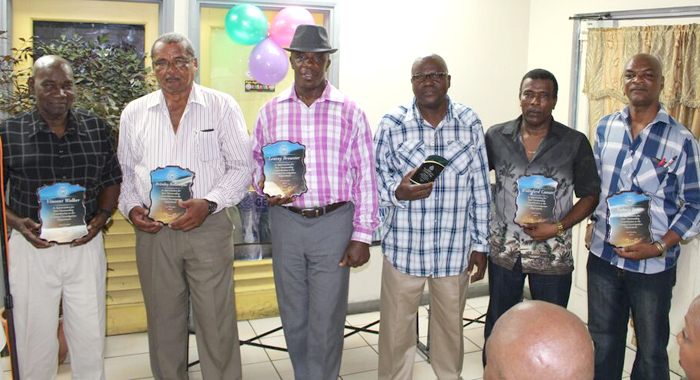 The Criminal Investigations Department has recognised some of its past and present members for their services.

Superintendent of Police Ruth Jacobs was also honoured for being the first female officer in charge of CID.

Assistant Superintendent of Police Glenford Gregg and retired Inspector of Police Franklyn Williams were also honoured for their outstanding contribution to the department.

The CID expressed thanks to the Mustique Company and Gaymes Bookstore for providing plaques and gifts to all honourees.

Superintendent Kamecia Blake-Byam, co-ordinator of the programme, said: “It is important that we recognise those persons who have paved the way for us and this is our small way of saying thank you to our honourees.

“We are celebrating today with our awardees because considering the dynamics of crime and current resources our CID men and women are hard workers. While we recognize that there are definitely areas for improvement, this must not daunt the efforts of those officers who work selflessly and diligently. We must create incentive as we encourage and motivate the staff”.