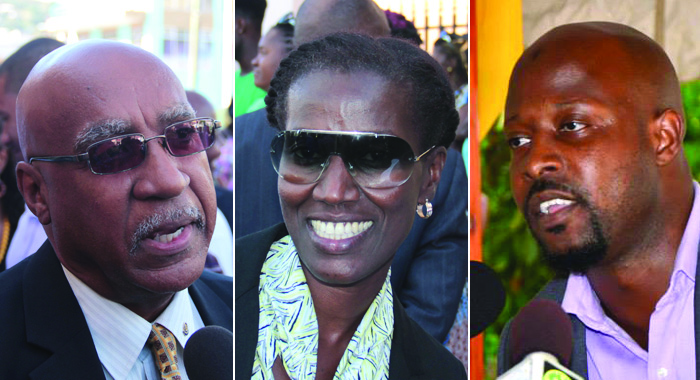 Women’s issues, education, farming, and pushing the government’s agenda will be some areas of focus of the new government and opposition senators during their tenure.

“Well, primarily, my role is really to work in the aspect of the governance, in terms of making representation, in terms of private members’ bills and pushing the agenda of the government in power,” government Senator, Carlos James told reporters at the opening of the 10th Parliament last week.

James, a first-time candidate, who fell 12 votes short of wresting North Leeward from the New Democratic Party’s Roland “Patel” Matthews in the Dec. 9 general elections, has been appointed Deputy Speaker of the House of Assembly.

Opposition senator Jules Ferdinand told iWitness News that he has some ideas to propose.

“Some of them I have already discussed with members of our team, especially as it relates to employment, things in terms of how we can improve agriculture and fishing and I think there are a lot of opportunities that are there that are untapped,” Ferdinand said.

“I think this is a time that we need to look at all the ideas that emerge from all the political parties and look at how best we can implement them,” Ferdinand told iWitness News.

“We have to do something with the whole education system in terms of capturing those people who are falling between the cracks. We need to put more effort in those areas likes remedial education, remedial reading, remedial mathematics, remedial science so that we can build out people together.”

Shirlan “Zita” Barnwell, the other opposition senator, is the only female on the opposition benches.

“Issues close to my heart will be issues relating to women and education and agriculture and the environment,” she said.

Barnwell’s appointment came as a surprise to many, including some NDP supporters and persons close to the party, one of whom told iWitness News that she was given the nod over Lauron “Sheara” Baptiste, who was the party’s candidate for North leeward in the elections.

Barnwell, worked as a lawyer for the NDP during and after the elections.

Asked if he hopes to become a candidate for the party in the next general elections, she told iWitness News:

iWitness News was unsuccessful in its repeated attempts on different days to reach government senator, Debbie Charles by phone for a comment for this article. She also had not, at the time of publication, responded to a voicemail request for a comment.