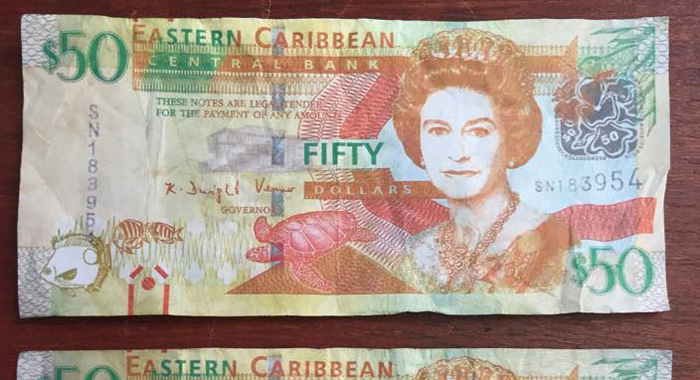 A Frenches man is due back in court on Jan. 22 for trial on a possession of counterfeit money charge.

Diallo Small, 27, was arrested and charged that on Dec. 28, 2015 he had in his possession 131 hundred dollar notes which he knew or believed to be counterfeit”.

He pleaded not guilty to the charge and was granted bail in the sum of EC$50,000 when he appeared at the Kingstown Magistrate Court.