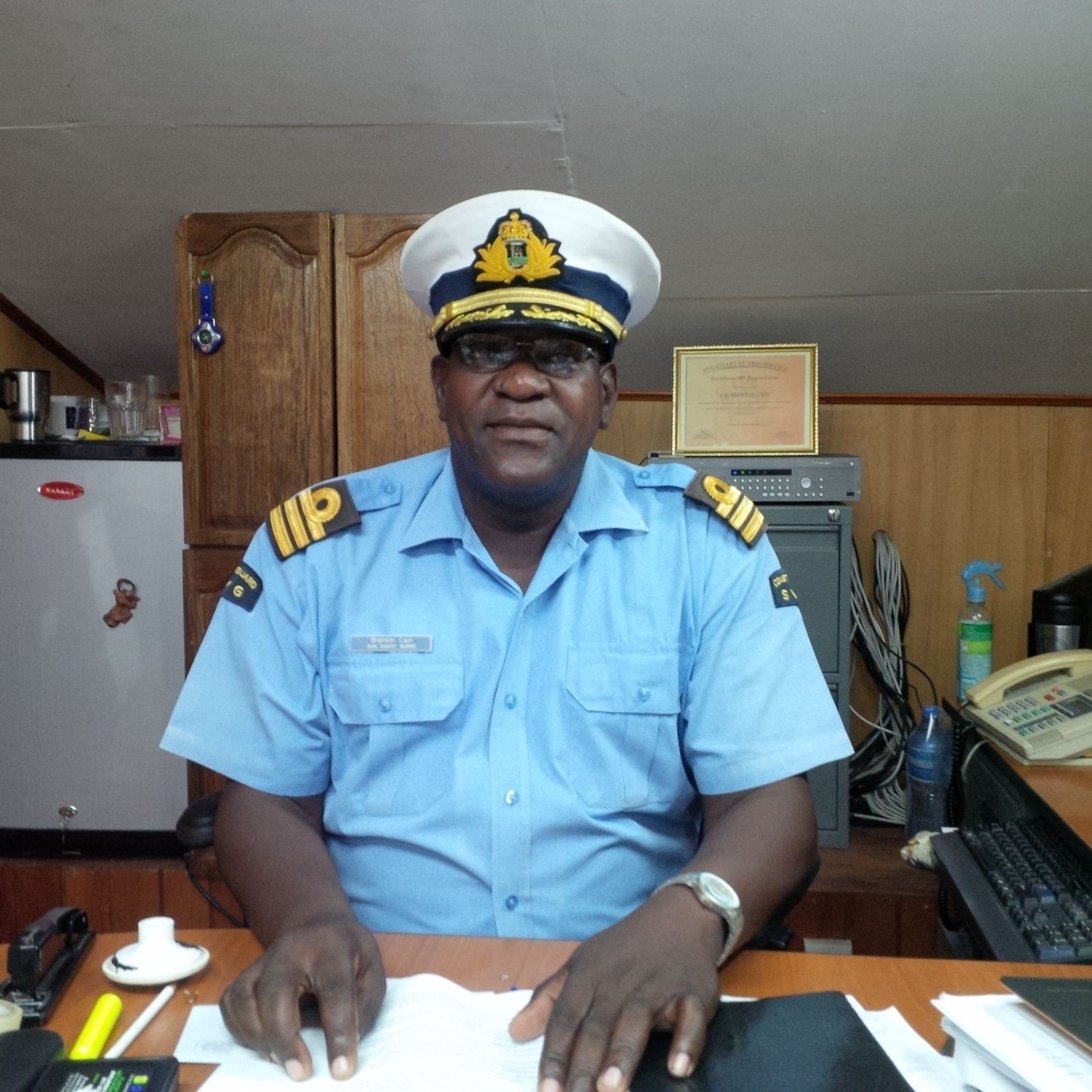 Next Tuesday, Feb. 2, marks a milestone for Coast Guard Commander, Brenton Cain, who celebrates his 30th year as a law enforcement officer.

Prior to his enlistment on Feb. 2, 1986, Cain worked as a teacher at the Barrouallie Anglican School, where he taught for four years.

“During my career, I got my satisfaction from when a life is saved at sea, as well as when a successful search and rescue mission is conducted. The Coast Guard Youth Development Programme also brings great satisfaction due to its positive impact on the nation’s youths. The construction of the sub base in Canouan is one of the projects that is close to my heart, as I was integrally involved from its conceptualisation stage,” Cain said.

Cain, reflecting on his career, said: “The few years I have remaining in the system, I will endeavour to impart my knowledge and experience to the members of the Coast Guard, in the attempt to make the Coast Guard an effective maritime entity.”

Along with Cain, Roy Robinson and Hyron Joseph were enlisted by the Royal St. Vincent and the Grenadines Police Force to take up duties at the Coast Guard. The other two officers have since left the system.

A mere day after his enlistment, Cain was sent to Barbados to attend the Regional Coast Guard Basic Course conducted under the auspices of the Regional Security System (RSS). When he returned to St. Vincent, he was placed in the Operation Department of the Coast Guard, which comprises of navigation and seamanship.

These training courses kicked start his career as a navigator in the Coast Guard.

In 1990, he was promoted from the rank of ordinary seaman to able-bodied seaman and was seconded to the RSS for a month as an instructor on a RSS Basic Seamanship course in 1990.

In 1993, Cain completed with supreme honours a Patrol Craft Commander Course in Panama conducted by the U.S. Department of the Navy, where he received the Honour student award on that course. He is also a trained port security officer.

In order to become a maritime officer, one has to attend an officer training school. Cain did this training in 1996 at the United States Coast Guard Officer Candidate School in York Town, Virginia.

He worked in Antigua at the RSS Training Unit on many occasions as an instructor on various maritime training courses. His longest stint was his secondment for two years where he served in the capacity at the Training unit as the Training Officer.

Several other training programmes in the areas of port security officer, incident command system, response to maritime violence and also a 10-week senior security officer programme in Jamaica have contributed to his development.

Back in the Coast Guard, Cain coxswained the smaller vessels up to the point when he became the captain of the Coast Guard largest vessel, the “Captain Mulzac”. He said he has a special place in his heart for the Coast Guard vessel “George Mc Intosh” as he was the last captain to take it out of St. Vincent before it was taken out of service. The last journey was to Trinidad and Tobago in 1991 for Tradewinds Exercise.

Cain’s last promotion was in 2014 when he was officially appointed Commander after serving as the acting commander from 2007. The officers of the Coast Guard and by extension the Royal St. Vincent and the Grenadines Police Force wish Commander Cain the best in the future.