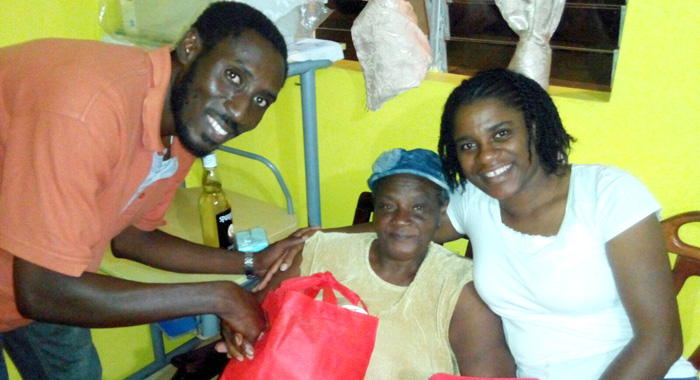 For yet another year New York-based Non-Profit humanitarian organisation JEMS: Hope 4 Home has comforted the lives of 80 families by providing 80 Food Packages to them in December 2015.

The communities that benefited from JEMS’ latest effort are the East, Central and West Kingstown constituencies.

Packages were distributed by a team of volunteers organised by Anesia Baptiste, who has worked along with JEMS on the ground in St. Vincent and the Grenadines (SVG) over the years.

The organisation, headed by Carol Simmons, is made up of Vincentians living in New York and has been engaged in this and other initiatives over the last four years, serving various communities in SVG during this time, including North Windward and North leeward, Central Leeward and Marriaqua. In addition to home care supplies, JEMS has provided medically related supplies to community clinics as well as to the Lewis Punnett Home as it carries out its mandate.

JEMS thanked all volunteers for their continued cooperation in implementing their projects at home in SVG.

2 replies on “JEMS continues to bring hope for home”