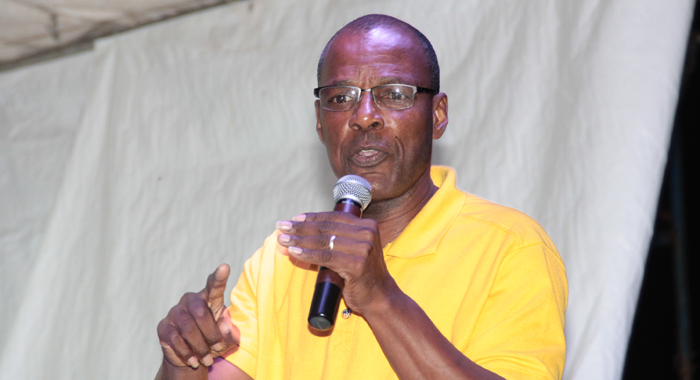 An opposition lawmaker has appealed to the public to take the mosquito-borne Zika virus seriously and has criticized Minister of Health, Sen. Luke Browne’s response to the virus.

Zika virus has spread to more than 20 countries in the Americas, with seven cases diagnosed in Texas on the weekend.

The disease has been associated with, but not proven to have caused, babies in Brazil to be born with smaller heads and brains.

“This so-called government select a young man whose only claim to fame is destroying the Building & Loan Association and wanting to find out who Mr. Eustace agents are and this disgrace of a government put that young clown as Minister of Health in this country.”
Cummings said that the rest of the world understands the seriousness of the Zika virus.

“… and when Trinidad has already called a health emergency, all that young clown could do is sit down with people and talk rubbish,” Cummings further said.

The Zika virus is spread to people through the bites of the aedes aegypti mosquito, the same vector that spread dengue and chikunguna.

The illness is usually mild with symptoms lasting from several days to a week. Severe disease requiring hospitalisation is uncommon and death as a result of the disease is rare.

While debating the Estimates in Parliament on Friday, Browne spoke about the Zika virus after he was told that he had two minutes remaining.

“Mr. Speaker, I crave your indulgence to say just this: St. Vincent and the Grenadines is faced right now with a threat of another vector-borne disease, this being Zika.

“We have learnt a lot from our dealing with the aedes aegypti mosquito before,” he said, adding that he equated the bloodsucking insect “to a terrorist because it has brought us dengue, it has brought us chikungunya, and now, it is bringing us Zika with a range of possible ailments that come in its wake.

“I want to say that the Ministry of Health, Wellness and the Environment is on top of things. We have been doing a number of specific things. I had hoped to have the opportunity to outline some of those things here today but I will, on different occasions and in numerous forums, present the details,” he said at the end of the 45 minutes allotted to him.

“But I want to assure the Vincentian public that we are being very proactive. In fact, we had a meeting of stakeholders at the Ministry Yesterday, where we outline specific elements of our policy and approach,” Browne said.

Zika virus disease is usually relatively mild and requires no specific treatment. People sick with Zika virus should get plenty of rest, drink enough fluids, and treat pain and fever with common medicines. If symptoms worsen, they should seek medical care and advice. There is currently no vaccine available.