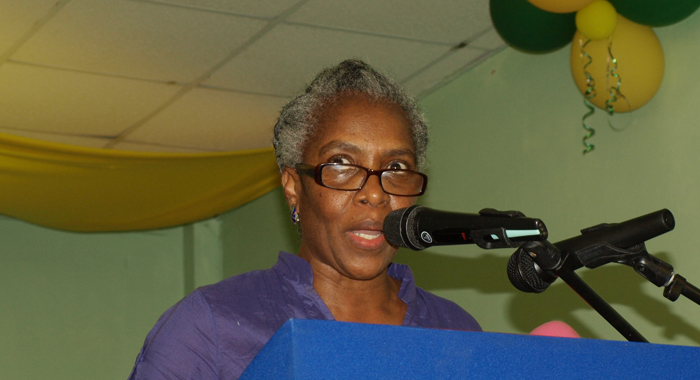 Activist Luzette King on Thursday said she will not apologise “for something I said”, which Prime Minister Ralph Gonsalves claims is defamatory of him.

“I didn’t want to give this much notice, but since the other radio stations are giving it: yes, I was served with a letter of intent giving me seven days to apologise for something I said,” King said on NICE Radio on Thursday, the station on which she is said to have made the initial comment.

In a Feb. 1 letter, lawyers for Gonsalves wrote to King saying that on Jan. 21, she made on NICE Radio defamatory statement that meant and were understood to mean that Gonsalves intends to commit several criminal offences, “including conspiracy to commit grievous bodily harm, murder and the common law offence of misbehaviour in public office.”

The lawyers said that King’s alleged statements “constitute a grave and malicious slander upon the character and reputation of our client, and, our client demands (a) a full and unequivocal withdrawal and apology of the slander to be published in one issue of each of the local weekly newspapers, the text of such apology must be in a form which has approved by us; (b) an undertaking not to utter or publish any or any similar defamatory statement against our client and (c) compensation in an amount to be agree.”

The lawyers said that Gonsalves was expecting a response from King within seven days, failing which they would issue a claim form in the High Court compelling her “to justify your deliberate, slanderous and malicious attack on our client”.

But King, in her call to the main opposition New Democratic Party’s daily radio programme on NICE radio, said on Thursday that she has been “very careful about what I say on NICE Radio.

“Whenever I said anything, I make sure I know of what I speak and I try not to be reckless about it. So, in that vein, I will not be apologising,” King said.

“Mr. Ralph Gonsalves seems to have a way of putting everything out in the public, but I will be fighting it in the public as well, and I am looking forward to the summons to go to court. I will not be apologising! Not!” she said.

King said that she understands that Managing Director of NICE Radio, Douglas Defreitas, also received a letter from Gonsalves’ lawyers.

“But, if it means not being on the radio, I will be off it. I will not be apologising,” said King, who hosts a Saturday morning programme on NICE Radio.

“I am seeking legal advice anyway as to the way forward when I do get further notice. But, ‘til then, no, no, no, because I know what I saw, I know what I heard and I am aware of the protocol of government or administrative procedures. I know them inside out,” she said.