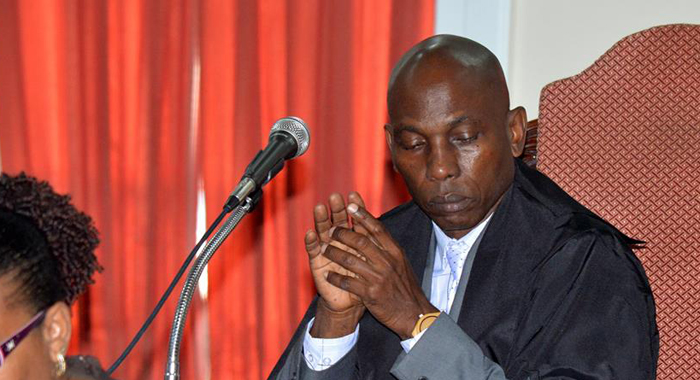 Vincentians who expected politician Jomo Thomas to become a political eunuch now that he is Speaker of the House of Assembly will be “disappointed”.

Thomas, who was appointed House Speaker unopposed on Dec. 29, told iWitness News on the weekend that he knows that he will be “a very professional Speaker of the House, like the Speaker should be” and will implement the Standing Orders.

Thomas, a lawyer, also noted that he has an appreciation of the Constitution of St. Vincent and the Grenadines.

“But I’ve also said if people expect me, as Speaker, to be a political eunuch, then they will be sadly disappointed. Because I don’t think the position of Speaker precludes me from speaking factually on any issue of the day, and that’s what I intend to continue doing.”

In the Dec. 9 general elections, Thomas failed in his bid to defeat incumbent MP, Nigel “Nature” Stephenson of the New Democratic Party in South Leeward.

Thomas, a member of the ruling Unity Labour Party, said that some persons had asked if being Speaker means that he is done with politics or partisan politics.

“And the answer is evidently no,” said Thomas, who is also a newspaper columnist.

“As the Speaker, I would do my work in a professional and proper manner and I would avoid or attempt to avoid situations that are overly partisan or divisive, but that would not stop me from speaking.”

To illustrate, Thomas told iWitness News that a number of persons have said that he should not have said that he thought the NDP’s charge that the ULP committed electoral fraud in Central Leeward was unfounded.

He, however, told iWitness News that he spoke factually about what he knows.