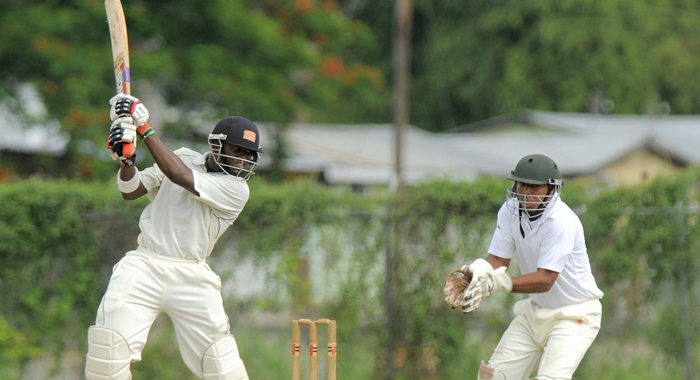 These were some of the questions being posed as Vincentian “cricket fans” try to get information on West Indies Under-19 opener and offspinner, Gidron Pope, who is currently representing the team in the ICC World Cup in Bangladesh.

Their enquiry could be interpreted as a clear indication of their disinterest in the sport and young athletes who set out on a journey starting probably from some grassless playing field. Many of them possible outfit of circumstance being an oversized t-shirt, patched pants and, in some cases, two left-foot shoes.

They would make it onto the primary school team if those in authority are able to sheath their swords and put aside their ego long enough to have a competition. Then it’s onto secondary school once more, depending entirely on the desire of officials in the government ministries to focus on the job at hand.

Sadly, cricket at both the primary and secondary schools levels has suffered over the years owing to what some say is a lack of initiative on the part of the government in providing funding, the Sports Department, whose leadership seems unaware of their chronic incompetence, and some in the Ministry of Education who are still not sure exactly where their elbows are.

Gidron Pope, notwithstanding the many flaws in the system, was able to play schools cricket at the secondary school level and did so with some aplomb — in one memorable innings in particular in 2014.

In that innings, he scored 248 for the Georgetown Secondary against the St. Joseph Convent Marriaqua as his team reached 375/7 in 40 overs at the Park Hill Playing Field.

While he did not dominate the competition as Donwell Hector did almost a decade prior, he followed Hector’s footsteps into U15 and U19 and both the national and Windwards levels.

But while Hector, who scored centuries in successive years in the West Indies U19 competition, was unlucky to have missed out on making the West Indies U19 team to the 2008 ICC Youth World Cup, Pope was given his chance for the 2016 tournament in Bangladesh.

And while not getting big scores, his impetuous style at the top of the innings has allowed the West Indies to dominate their opponents from early. He has also picked up crucial wickets with is offspin and has performed outstandingly in the field.

Pope plays for The News Spartans in the National Lottery Premier Division on a weekly basis, but is still unknown to many of his countrymen. On Sunday night, many of them will sit in front of their television to look at the final against India and scream at his shot selection or his attitude on the field. They, like millions across the world, will be seeing a young man who has been playing cricket here “from ah yute” for probably the second time — the semi-finals and now the final. They most likely only got interested after the “Zimbabwe Mankad”. They, as West Indians, will no doubt be happy for a win but will have the harshest criticism for Gidron Pope if he gets out playing an attacking shot. Let’s pray that his great grandmother did not steal a piece of sugarcake when she was 3.

There would be many still trying to understand how Gidron Pope got to where he is in Bangladesh in a love affair with history on Valentine’s night.

Following the West Indies U19 tournament, a squad of 29 players was selected with Vincentians Pope and left-arm pacer Obed McCoy included.

In early 2015, the squad was reduced to 18 and was assembled and a camp was hosted just before the start of the NAGICO Super50 last year. The squad, minus Pope and McCoy, participated as a team in the NAGICO Super50 in 2015 in Trinidad and Tobago. Later, there was a camp in Barbados over Easter 2015. In July, there was the regional under-19 tournament in Jamaica and immediately after that tournament, there was a camp in Jamaica. The team, which had been reduced to 16 by then, had a final camp in the region in December and then went on to a two-week camp in Bangladesh in January.

In between, Pope was one of six young players given Apprentice contracts for the Hero CPL after impressing in training camp. He was part of the St. Lucia Zouks squad.

McCoy, who like Pope made the final 16, was forced to return home after injuring his hand in training. Even more than Pope, he will be an unfamiliar face to many as Ray Jordan was in 2014. In fact, one “cricket fan” remarked that, “Jordan, the young fastbowler from Barbados, looked very promising”!

The West Indies will go into their first final since 2004 a match they lost to Pakistan by 25 runs. The team, led by Dinesh Ramdhin then, had included Lendl Simmons, Ravi Ramphaul and Xavier Marshall who all went on to represent the Senior team. There were no Vincentians in that squad.

The West Indies, led by Shimron Hetmyer, will this time be hoping to go one better after disposing of Pakistan and Bangladesh in convincing fashion in the quarter-final and semi-finals respectively.

The West Indies stunned over 10,000 fans at the Shere Bangla Stadium by chasing down 227, with 3 wickets in hand in an anxious fashion against Bangladesh Under-19s in the semi-final of the Under-19 World Cup. West Indies looked well placed at 147 for 3 but stumbled after captain Hetmyer fell for 60. They gave up 2 more wickets for 34 runs but Shamar Springer’s unbeaten 62 rescued them. Earlier, he had had a spell of 10-0-36-2.

The West Indies chase started in the usual aggressive fashion when the burly Pope thumped 14 runs in the opening over. He continued to attack and was dropped on 23 in the fourth over before he took his team to an intimidating 56 for 2 in seven overs. After Pope fell for 38, Hetmyer led the way just like his counterpart Mehedi Hasan Miraz had done earlier in the day, with a measured knock in the company of Keacy Carty. The required run rate was just under 4 when they got together and they carried out their partnership of 62 in composed fashion.

They had no difficulty playing the much talked about Bangladesh spinners and Hetmyer brought up his second straight 50 but his dismissal in the 28th over threatened to tilt the game the other way. Springer was joined by Jyd Goolie and with little or no bother, they took the score past 175 until left-arm spinner Saleh Ahmed Shawon struck twice in 4 balls and West Indies were still 46 adrift with 4 wickets in hand.

Springer was still there, and he and Michael Frew ran well to steal ones and twos in a patient stand of 36 in 8.2 overs. Bangladesh struck again when Mohammad Saifuddin removed Frew for 12 but Springer’s presence saw them through as he hit the winning runs with eight balls to spare.