Caribbean told to prepare for heavy rains in 2016 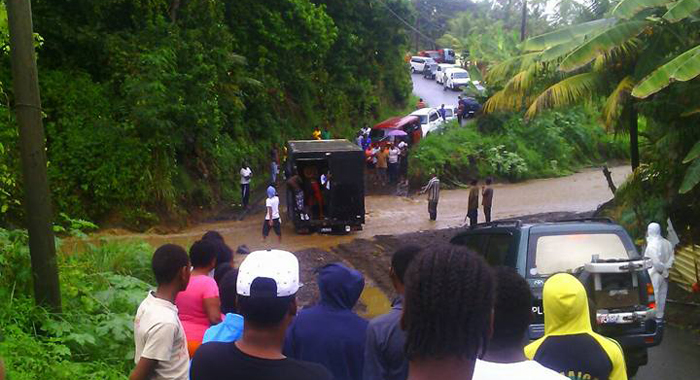 The IMF is urging the government to self-insure against natural disasters.

BRIDGETOWN, Barbados — After months of lower than average rainfall that has left fresh water reservoirs across the Caribbean dry, forecasters are predicting heavy rains later in 2016 that could lead to floods and landslides.

Adrian Trotman, agrometeorologist and chief of applied meteorology and climatology at the Caribbean Institute for Meteorology and Hydrology (CIMH), told a press conference on Wednesday that over the last year or so, his agency has been providing information about the deficit in rainfall across the region.

This continued for some time during 2015, until there was some relief towards the end of August to about early December in some Caribbean countries.

“But we have yet again gone into a period of below normal rainfall, where the brief relief didn’t actually take us out of the very dry conditions that we have been experiencing in the Caribbean for the past year, and, in some cases, as early as 2014,” he said.

But Trotman told regional journalists that things are looking up with the latest forecast suggesting that this period of dryness will continue until April or May before the rains return.

He said the region has to continue to be on its guard regarding low waste availability, conservation, and mitigation of the impact of the drought.

“However, on the other hand, our most recent information is suggesting that what is taking place in the Pacific [Ocean], … we are highly likely now, as we move into the Hurricane Season, to have an end to that dry wind force — the El Niño, which causes these dry conditions in the Caribbean region.

“And, as we move into the Hurricane Season, we quite likely will have a reverse of the condition.”

He said La Niña — the opposite effect in the Pacific that tends to give the Caribbean high rainfall events — is likely to develop during 2016.

Trotman explained that in 2015, the development of hurricanes was largely inhibited despite the impacts of Tropical Storm Erika on Dominica and Joaquin on the Bahamas.

The region had very low cyclone energy in 2015, he said.

“The La Niña should develop — as more global scientists believe will happen — does the opposite. It will help to build and develop hurricanes over the 2016 period, possible,” Trotman said.

He said that in light of the forecast, he would continue to ask that Caribbean residents pay attention to the CIMH’s monthly updates, adding that the agency will release its June to November outlook at the end of May.

“As we move to wetter condition later in the year, the likelihood of high activity regarding hurricanes is a real one — something opposite to what we have been experiencing over the last year…

“Whether we have the La Niña event or how strong that event will be will help to determine what takes place across the region.”

Trotman said that in Jamaica the intensity of the dry season would not be as intense as in the rest of the Caribbean, noting that even now, in the northwestern Caribbean there is already a lot of rainfall.

“And if we switch now to the La Niña, these areas will have extended period of above normal rainfall, where their dry season could almost look like a small wet season.”

Cédric Van Meerbeeck, who leads forecasting at the CIMH, said that the agency is hoping that the rains will come back progressively.

“First, you need to allow the soil to suck in the moisture, and, then, progressively, refill our water reservoirs. … What we are warning against is the possibility, especially in the La Niña, that the rains will come back too fast.”

Van Meerbeck said that when this happens, the region is confronted with the threat of flooding.

“Now, nobody wants flooding,” he said, even as he noted tat some areas of the various Caribbean countries are more vulnerable to flooding.

“What we are saying now is, yes, the rains will come back; but, what we would be able to say in the next few months is how fast and how strong they will come back and then, thereby, increase our preparedness for the hazard, which is flooding.”

From the regional disaster management perspective, Ronald Jackson, executive director of the Caribbean Disaster Emergency Management Agency (CDEMA), said that his agency promotes education and awareness as a year-round activity.

“What we would like to see, what we are promoting and working towards is where press conferences of this nature would hear us hearing from CIMH — the scientists and the meteorologists — about what is forecast, predicted, but evaluating whether the plans that we have promoted, advanced, asked to be adopted, supported the adoption of, are implanted, how well they are implanted and what else we need to do to ensure that they keep our activities in dealing with the potential for flood or drought scenarios at the standard which we require.”

Jackson said CDEMA is hoping to see greater investments in the areas of operational readiness, contingency planning, better use of the science that is being provided, and better understanding of the products available to stakeholders.