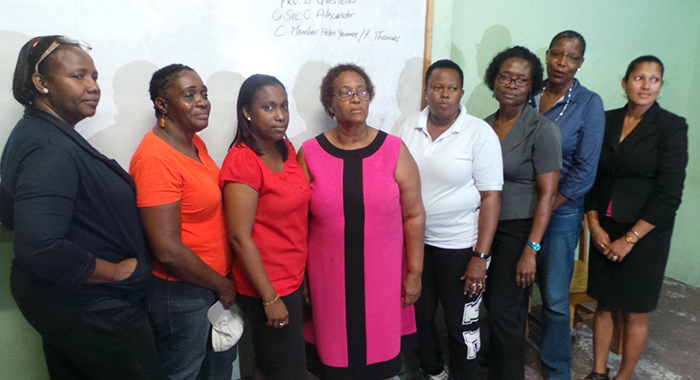 Doris McIntosh has been returned to lead the St. Vincent and the Grenadines Netball Association (SVGNA) for a second stint to replace Dellarice Duncan who declined the opportunity to run for a second term, when the Association held its Annual meeting at the Thomas Saunders Secondary School on this week.

McIntosh, who was first elected in 2004 with the departure of Gloria Ballantnye, served three terms as stipulated by the Constitution before giving way to Godfrey Harry.

On Wednesday, McIntosh who first served in the capacity as secretary of the organisation, easily brushed aside veteran sports administrator, Wollis Christopher, 21-9, to register a resounding victory.

She said that netball was in her blood and she believes that she has something to offer the sport and it would be unfair not to lend support when the sport, which is played primarily by female, is going through such a critical period.

“I have time now on my hands and can give a bit more to the sport and will do just that because these are crucial times for netball in the area of administration and on the court so it is a time for experience and committed people to join hands to rescue the sports.”

McIntosh will have the experience and knowledgeable Jacintha Ballantyne as her first vice-president. Ballantyne, who was the organisation’s long-serving treasurer, was elected unopposed and so too second vice-president, Sylvorn Harry.

Neteko Quammie, despite not being at the meeting, got the confidence of the delegates by garnering 28 of the 30 votes available in beating Galeine Gordon, who was also absent.

Cheryl Alexander got what appeared to be an upset win over the indefatigable Thelma Foster 18/12 to claim the games secretary position.

McIntosh said that the opening of the National Netball tournament is among the immediate task at hand.  It was tentatively agreed at Wednesday’s meeting that the national tournament will get going on Saturday March 19th 2016.

On the regional scene, McIntosh said the SVGNA will be looking to compete in U21 tournament in the British Virgin Island later in the year.

“We have never taken part in this and I am confident we can win this tournament….we would not be going to the Jean Pierre U16 this year so some of those players will be selected for the U21 and I can tell you we have some good young talent that would do well.”