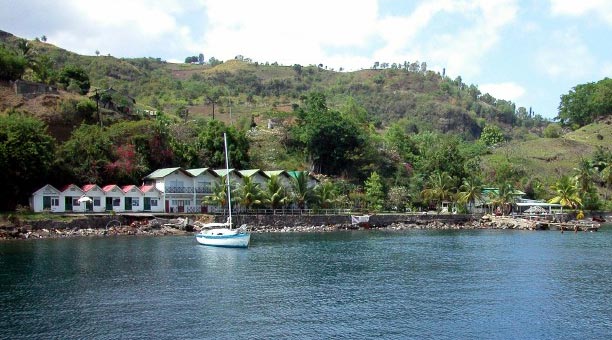 Prime Minister of St. Vincent and the Grenadines, Ralph Gonsalves, on Friday expressed “revulsion” at the murder of a German national and the injury of another on board a yacht anchored at Wallilabou Bay in southwestern St. Vincent.

iWitness News was reliably informed that two armed assailants boarded the yacht around 1:35 a.m. and fatally injured a male occupant, said to be around 40 years old.

The captain of the vessel was injured during the ordeal, but Gonsalves did not disclose the nature or extent of his injuries.

Gonsalves, who is also Minister of National Security commented on the crime on radio just after noon on Friday.

“I have seen the other persons who were on the yacht and I have expressed to them our profound sorry and, on behalf of the people of St. Vincent and the Grenadines, to say to them how sad we are at this event and that they are in our thoughts and our prayers,” he said.

“Our people are not like this in the general way, but you have one or two persons, we have some home-grown criminals and some who come in from overseas who are selfishly and wickedly disturbing the peace and tranquillity of our country, and, in this case, using violence,” he further said.

He said that his government is making all the necessary arrangements to have the other persons, including the injured captain, fly to Martinique Friday evening.

From there, they will fly France and then to Germany.

“This is a terrible, terrible stain on our country and this criminal act by these two masked intruders disturbing the tranquillity of persons on the yachts, it cost millions of dollars, because we sell peace, security, tranquillity,” Gonsalves said.

Gonsalves said that one of the occupants of the yacht who spoke English told him that the captain had been to SVG “ten times before and had assured them that this is a peaceful place — could hardly find somewhere more peaceful.

“And then this incident has happened, which has shattered our sense of peace and tranquillity,” the Prime Minister commented.

Gonsalves said the persons praised the coast Guard, which arrived within 20 minutes of being called.

He said that Coast Guard patrols the nation’s waters, adding, “But the Coast Guard can’t be at every single spot all of the time.

“We, obviously, and I have spoken to the Commissioner [of Police], have to strengthen certain security arrangements which we have in place in certain areas and to extent even further in other areas, which means additional costs for us — for the government.

“And this is what happens. We do all these terrific things to bring the tourists here to help create jobs and then we have individual criminals who behave in this kind of a manner as we have had at Wallilabou.”

Gonsalves said his wife, Eloise Gonsalves, visited the persons who were on the yacht.

“I told them from today I consider them part of my family and I am really, really saddened. I will be writing the German Chancellor, Angela Merkel to express sorry to her government for what happened to two of their citizens, one in the case of injury, one in the case of death,” Gonsalves said.

“Naturally, there are lot of other arrangements which have to be put in place and we have the personnel who are engaged in doing this,” he told listeners.

Friday’s attack on the yacht is the second such fatal attack on a yacht in Central Leeward.

About 13 years ago, some residents of the neighbouring Central Leeward town of Barrouallie, killed the occupants and blew up a yacht anchored there.

A number of persons were imprisoned in connection with that crime.