Student feels ‘cruel’ after being shot 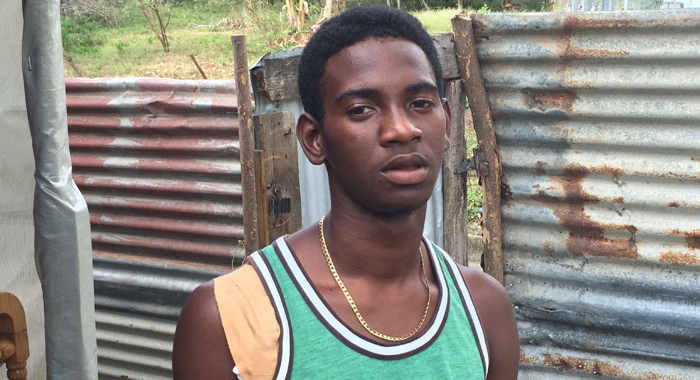 A Campden Park student says he feels “cruel” after being shot twice Thursday night, but says he will leave the matter up to the police, who are investigating.

“Me feel real cruel right now, in a sense, because me nah involve in that and me end up and get shoot,” 17-year-old Andre “Baba” James told iWitness News on Saturday, shortly after he was discharged from hospital.

James was shot in the right forearm and shoulders, reported by residents of his community who opened fire on a group of young men after “violence” between one of the alleged shooters and James’ cousin.

“Well, me nah like wha’ go on, because we feel real vex about that. The police will deal with that. It done dey in their hands, so me nah go nothing about that again,” the soft-spoken Form 4 student told iWitness News.

James told iWitness News that he, his brother, a cousin and four other “soldiers” (friends) were hanging out at the side of the road outside his home.

James said that “violence” started between his cousin and another young man, but said he was not sure why.

Sometime later, he said, the young man was seen talking on his cellphone.

“Then, my brother looked to the other side, he see another person coming from that side with a full pace. My bother said that is the other guy. So, as we going to move off, he just started to fire a whole heap of shot,” James said.

He said as he ran toward his house and away from the shooter, he was shot.

James, however, said that the bullet that struck him came from the direction in which he was running. He said persons were shooting from both directions.

“When I get this one here, my whole body shot out,” he said of the gunshot wound to his forearm.

“So I didn’t feel when I get the one in my shoulder,” he told iWitness News.

James said he had never had any confrontation with the alleged shooters.

“If you come for two people and you see a crowd of people, you nah know who is who. So it come like if they come for whoever been they. Tha’ why me go say me feel cruel about wha’ happen.”

He told iWitness News that he was not in any way involved in the altercation involving his cousin and the other young man.

James’ mother, Auldine Daniel, told iWitness News that she had gone to buy disposable diapers for her grandchild when the shooting occurred.

She said she saw someone who was in an area where James normally goes to use the Internet and asked if he was there.

Daniel told iWitness News that the villager told her that her son had just gone home.

She said that when she had travelled a few yard, another of her sons came to tell her that James had gotten shot.

“I took it for nothing. And then me sister come out and buss the bad word (swearword) and tell me, ‘Gyal walk fast, Baba now geh shoot.’

“Me cudda dey here and here my son geh dead and he nah dey inna nothing,” the mother said of the third of her four children.

James is scheduled to write his high school exit examination next year.

He said once his shoulder and arms heal properly, he does not think that the incident would affect his performance in school.