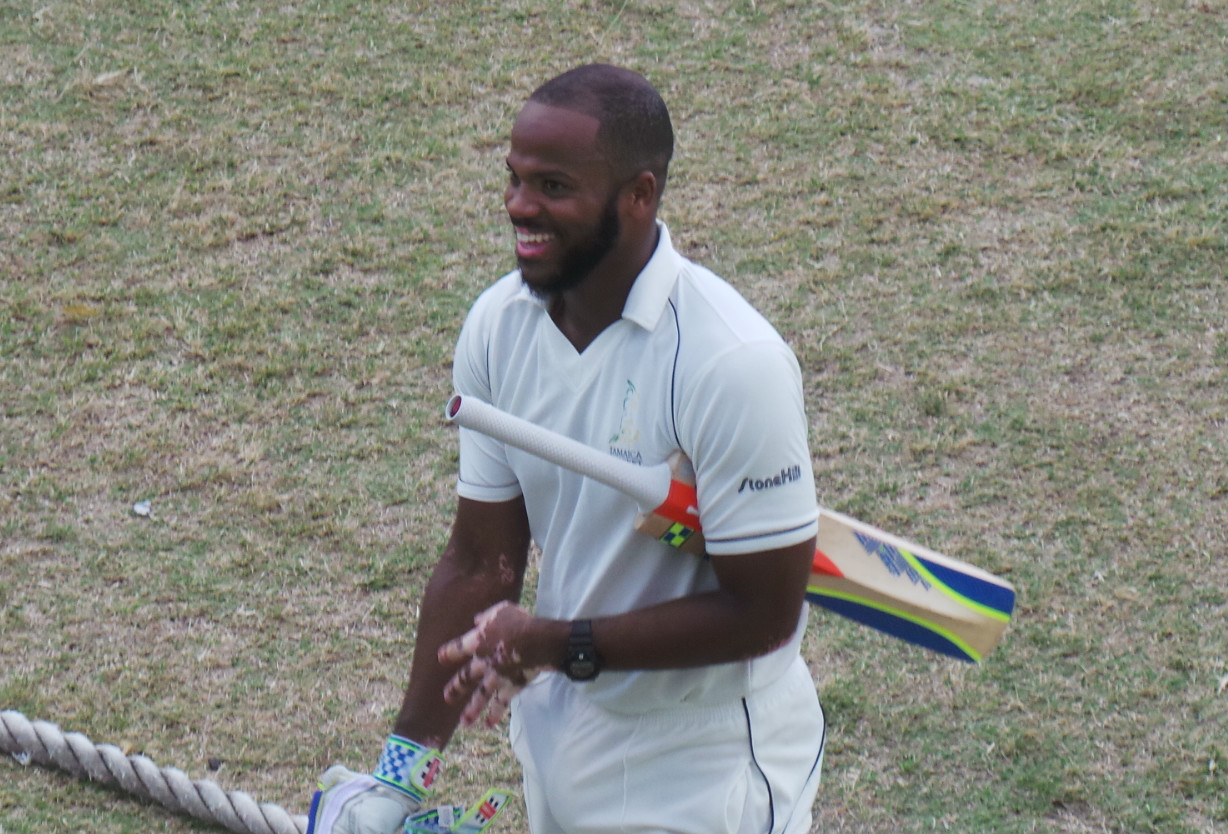 Jamaica Scorpions won their penultimate game in the WICB Professional Cricket League (PCL) in commanding fashion on Tuesday, storming to 143 for 1 after enforcing a follow-on against the Windward Islands Volcanoes.

With a massive first-innings total of 445 all-out, the Scorpions routed the Volcanoes for 233 before enforcing the follow-on and bowling them out for 350.

The team from Jamaica took just over two hours to overhaul the lead 138-run lead, with Schacaya Thomas scoring 52 and John Campbell following up his 135 with 83 not out. Jermaine Blackwood was not out on four when play ended.

Responding to a valiant fight back from the Volcanoes in the second innings – with Devon Smith scored 126, Jelani Robinson, 64, Kavem Hodge, 45, and Liam Sebastien, 52 not out — the Scorpions kept themselves in with a good chance of avoiding a draw through the bowling of Campbell and Nikita Miller.

Campbell ended with 5-106, while Miller had figures of 4-90. The only other wicket taker was right-arm leg-spinner Damion Jacobs, who had 1-88.

Batting a second time, the Scorpions wasted very little time in getting to their target, amassing 142-1, with Thomas and Campbell batting like veterans, constant failures of the past, well forgotten.

In the first innings, the Scorpions had centuries from Campbell and Devon Thomas, 122, and saw a return to form for their captain Paul Palmer, who made a patient 82.

In response, Sunil Ambris with 50 and Kyle Mayers, 32, were the major scorers for the Volcanoes against the bowling of Jacobs, 5-95, and Miller, 3-70.

The result means the Scorpions move to 82 points, leapfrogging the Trinidad and Tobago Red Force, who are on 77 points in fourth.