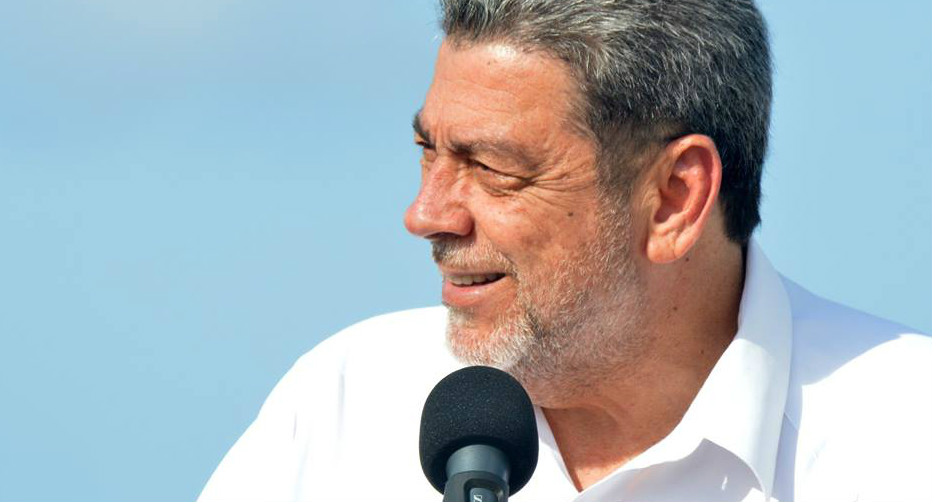 Prime Minister Ralph Gonsalves made the announcement at the wreath-laying ceremony at the Obelisk on Monday. (Photo: Kingsley Roberts/Facebook)

The National Heroes Advisory Committee has recommended that four more persons be accorded the status of National Hero.

Prime Minister Ralph Gonsalves made the announcement on Monday during the wreath-laying ceremony at the Obelisk at Dorsetshire Hill.

He said recommendation have been made that George Augustus McIntosh, Ebenezer Theodore Joshua, Robert Milton Cato, and Dr. Pamenos Eustace be elevated to the status of National Hero.

Gonsalves said that the report was sent to him very recently and he has not had the opportunity to discuss it with the Governor General and the Cabinet and to speak to the nation.

“I report on the process, which is on-going,” he said.

Gonsalves said that citizens must always keep in mind the legal framework for the naming of National Heroes.

He noted that to be considered for the status of National Hero, a person must have displayed extraordinary legal qualities, and his or her work must have made a profound difference for the better to the people of St. Vincent and the Grenadines.

In keeping with the law, the status of National Hero can only be accorded after one’s death.

“Those of us who are in leadership need to ensure that this discussion which continues on the question of other national heroes, additional national heroes, that we must conduct that discussion with civility and good sense, always remembering that the highest hallmark of leadership is not just to inspire, which is good, but to draw out of people that which is noble and good in them and often times to draw out the goodness and nobility which the people do not as yet know that they possess.”

Speaking on behalf of the New Democratic Party at Monday’s event, former Minister of Education, John Horne, restated his party’s view that only one other national hero be named at this time.

“…given the enormous breadth of George A McIntosh’s contribution to this his native land he should be accorded the honour of being elevated to National Hero status singularly at this time with other successful nominees to follow at a later date,” Horne said.

St. Vincent and the Grenadines has one National Hero, The Right Excellent Joseph Chatoyer.

Efforts to name other national heroes have been fraught with contention.

Gonsalves joining the fray in April 2013, delivering a speech on national heroes in which he made a case for Cato to be accorded the status.

The Prime Minister’s involvement triggered the resignation of Jomo Thomas from the Committee in protest.

“I am convinced that the Prime Minister’s presentation has made our work superfluous,” Thomas wrote in his resignation letter to chair of the committee, former culture minister Rene Baptiste, one week after Gonsalves delivered a speech on National Heroes.

“His (Gonsalves’) talk was a good one and added much to the debate, but it has irreparably coloured and influence the debate particularly since PM Gonsalves is the head of cabinet, which makes the final decision as to who our next hero or heroes will be,” Thomas wrote.