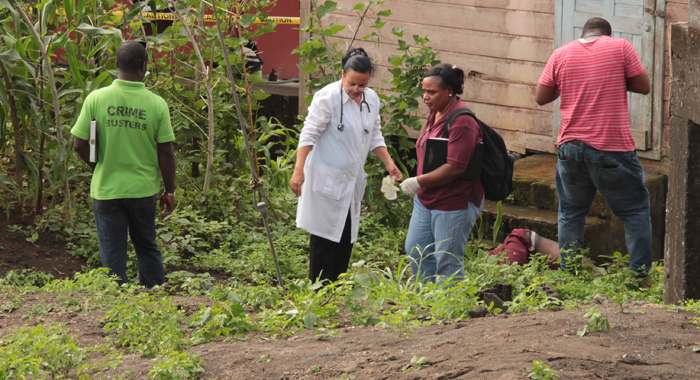 Police and medical personnel at the crime scene on Thursday. (IWN photo)

Police have launched a homicide investigation into the death of Carriere man whose body was found outside his home sometime before 7 a.m. Thursday.

One of the man’s relatives, identified him as 36-year-old Filbert Joseph, but declined to comment further.

Residents of the Marriaqua community said that they heard five gunshots sometime around 1 a.m. Thursday.