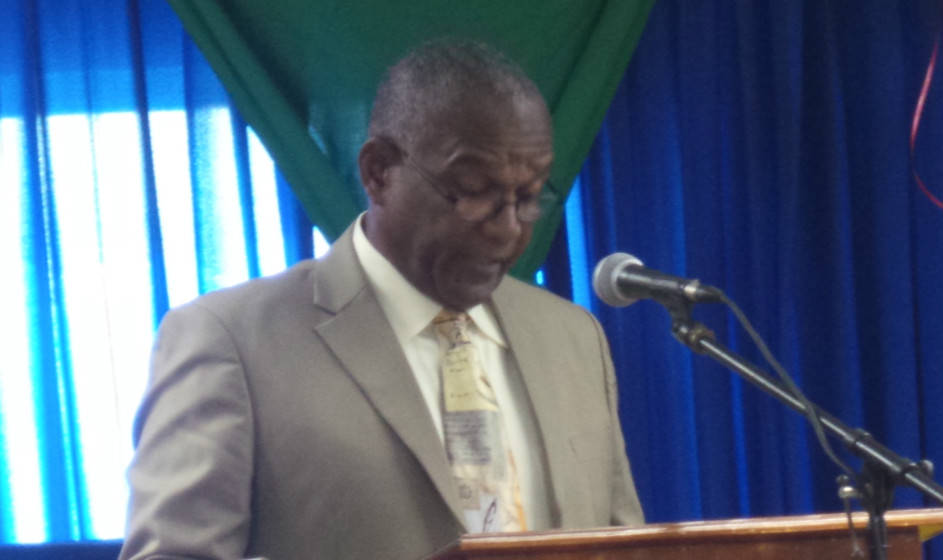 President of Team Athletics SVG, Keith Joseph, has identified what he calls the “five pillars” on which to build the sport of track and field in St. Vincent and the Grenadines.

Speaking at his organisation’s annual Awards Ceremony on Saturday at Frenches House, Joseph, in addressing the theme of the event, “Towards Sustainable Athletics in SVG”, said that that first among these are the athletes.

The long-serving president said athletes are critical in the process and it is of paramount importance that contact is made with the parents or ward of the athletes to facilitate a proper relationship with them and TASVG.

Coaches are the next pillar in the process, he said, but added that he was somewhat concerned about the attitude of some coaches.

“While we recognise the role of the coaches who at times have to act as parents, in some instances, they are not parents and they don’t own the people’s children. So as much as they would want to believe that they own the athlete, they belong to their parent,” Joseph said firmly.

He said “if coaches want to develop athletes, they must do so in tandem with their parents”.

The veteran administrator said there is a new development in sports across the world known as safeguarding that is gaining traction because it has been recognised that coaches are fighting parents for the control of their children.

Joseph urged the parents to be aware of what the coaches are doing with their children and to closely monitor things.

He listed Administration as the next pillar and identified as problematic instances where club leaders are also coaches, resulting in conflicts.

“They are not the same and there must be a clear separation,” he said.

Joseph next addressed the role of sponsors, whom he described as an important vehicle to move the sport forward. In the same breath, though, he highlighted the difficulty in obtaining sponsorship in the current economic climate.

He said that there has to be a different approach to the way sponsorship is done and believes that this would have to be a major part of the national sports policy.

The final pillar, as identified by Joseph, were facilities, which he said, are of the greatest of importance to cater for young athletes coming through to compete at the local regional and international levels.

He said that in his opinion, too much emphasis is placed on cricket when playing fields are put down and not on any other sport since a cricket pitch is always the first thing marked out.

The feature address at the event was delivered by sprinter Kineke Alexander who was also named Athlete of the Year for 2015.