Saboto says ‘many causes to be championed’ as the struggle continues 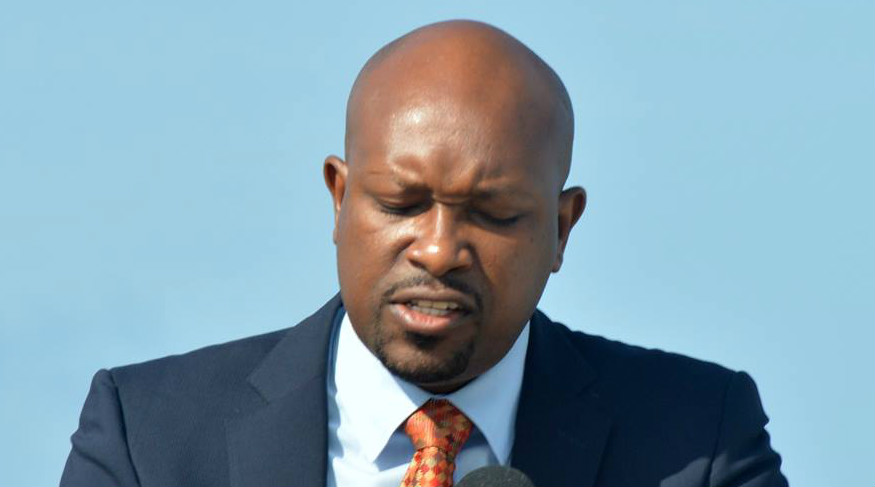 Vincentians have been told that National Hero Joseph Chatoyer and all other nation builders who fought against colonial rule, contributed to half of the battle being won.

“The second phase of the struggle, will require the same sacrifice and selflessness, and, in some instances, even more than the struggle demanded,” Minister of Agriculture Saboto Caesar said Monday – National Hero’s Day.

He delivered the featured address at the Wreath-laying Ceremony at the Obelisk in Dorsetshire Hill, where Chatoyer is said to have died in a battle with the British on March 14, 1795.

Caesar, the youngest elected Member of Parliament, said young Vincentians must be in the vanguard of this struggle.

“Emancipation and Independence were not handed down to us on a silver platter; they were both earned in the currency of extreme selfless determination,” the South Central Windward MP said.

He said economic emancipation would require Vincentians to forget about a life of purely selfish ambitions, and instant self-centred wealth accumulation, and direct our efforts to building the collective.

“Today, our main struggle continues on a path of socio-economic transformation, as we strive to improve the standard of living of all our people.

“There are many causes to be championed,” Caesar said.

Among these cause, Caesar mentioned the vagaries of climate change, which he said continue to present insurmountable challenges for national planners, creating great unpredictability for those engaged in rural development in particular.

“These are issues which we must confront in our forward march to cement many of the achievements secured by our founding fathers. A cause is here to be championed!”

Caesar called on the nation to never allow the spirit of goodwill that characterises the nation builders to be quenched.

He noted that a target has been set in St. Vincent and the Grenadines to zero hunger by 2020.

“In our forward march to eradicate hunger, we are an encouraging flag bearer for the establishment of parliamentary fronts through the entire Caribbean against hunger.

“We must fight this cause village by village, community by community, individual by individual.”

He called on Vincentians to be their neighbour’s keeper.

“And in this evangelism, let us not be caught up in a singular inward gaze, but remember our brothers and sisters in Haiti. There is a cause in Haiti to fight against hunger, which we must adopt as our very own. We are one region, sharing not only a geographical space but a common history. A cause is here to be championed.

“It is championing of these causes which will create the heroes of tomorrow,” Caesar said.