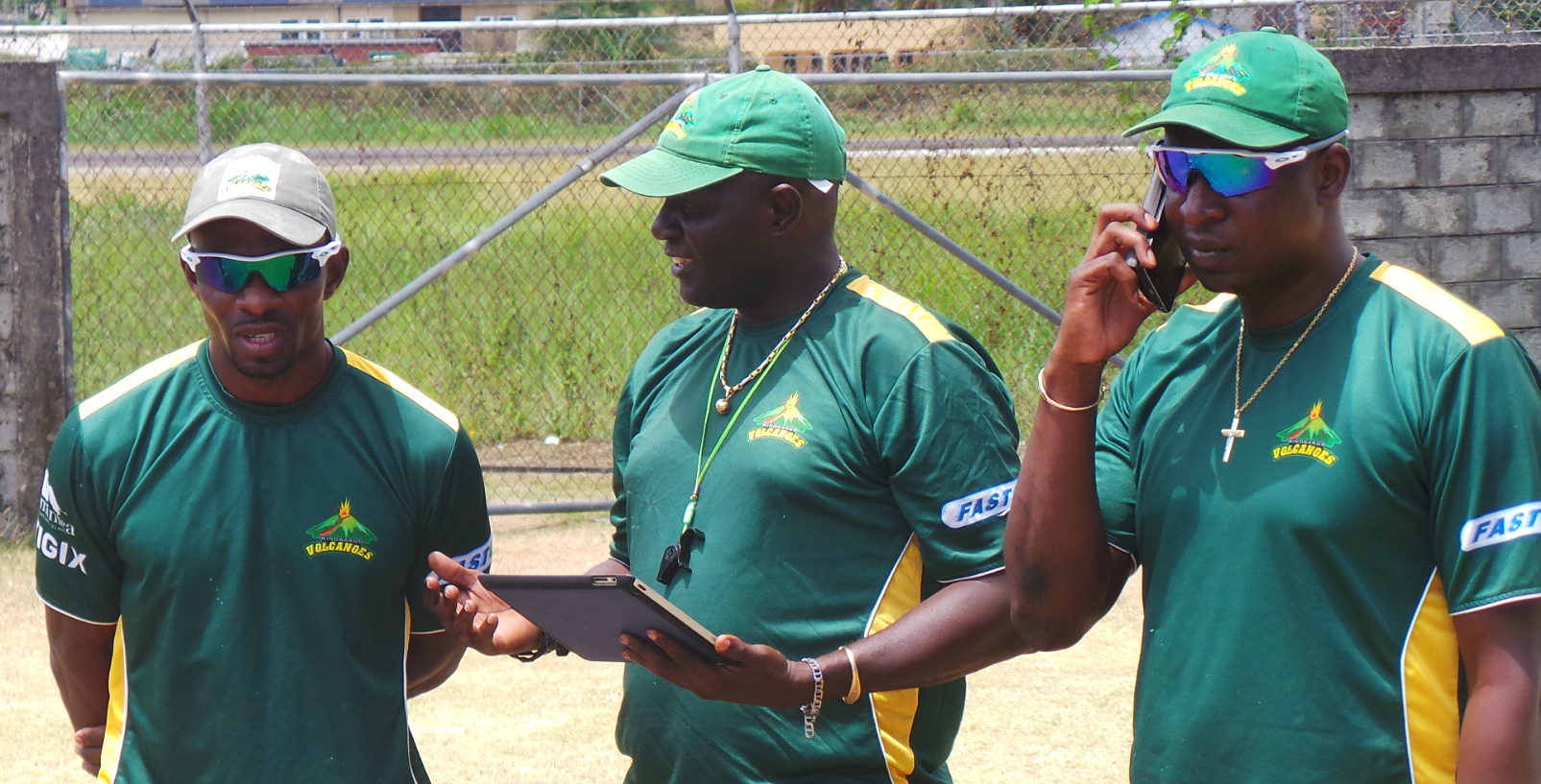 The West Indies Cricket Board Professional Cricket League (PCL), a much trumpeted franchise system initiated with an investment of US$4.3 million from the board, got going in 2014 with matches between Guyana, Trinidad and Jamaica on an expanded home-and-away schedule.

It was, according to West Indies Cricket Board president Dave Cameron, “a revolutionary introduction into the West Indian cricketing landscape”, which would “transform West Indies first-class, List A and international cricket”.

The six WICB PCL franchises signed on a minimum of 15 players each as new full-time professionals  — 10 home-based, the other five from those placed in an overall draft.

The WICB said the aim was to “achieve an equitable distribution of the available player talent”. The expectation was that franchises would seek to boost their weak areas by recruiting from other teams. “Cross-fertilisation” was how it was described.

The WICB said the 90 participating players, chosen from outside the 15 internationals already on retainer contracts, are guaranteed a basic annual income of between US$15,600 and US $36,000, rising to potentially US $33,500 to v$53,900 with match fees and prize money. And there is a provision for those not contracted to be used by what is termed “a pay for play” or a match-by-match basis.

The above outline was what the WICB hoped for with the added value that the players on contract would produce talented individuals who at the end of the three years of the board funded programme, the territories would have developed a product of the highest calibre to roll out future West Indies stars.

However, reports suggest that the Windwards Islands Volcanoes, despite having been afforded all the benefits as the other franchises, are bedevilled with problems that could seriously impact the entity for the 2016/17 season.

In other words, if matters are not sorted out to the satisfaction of some players and directors, the Volcanoes Franchise could implode. Some reports say that leading players have indicated their intention to seek contracts with “another franchise” or move to the “pay for play” phase.

The franchise is based in Dominica and this appears to be one of the bones of contention between players and administrators, with concerns being raised with regards to emoluments.

One such query is the request for players to pay their passage to and from Dominica for the camp. The matter is said to have been drawn to the attention of the West Indies Players Association (WIPA) to be sorted out following a meeting between the body and the players recently.

Among the other complaints emanating from the camp is the absence of practice facilities for the coach and the players to conduct proper sessions.

One source told iWitness News that there appears to be a problem between the ground staff and the operators of the franchise over payments and this is impacting the team’s preparation immensely.

The source said the grounds staff have no arrangements with the franchise and are, therefore, not obligated to prepare wickets for the team to practice. This situation is creating serious problems for coach Ian Allen, who, it is said, apparently does not have the support and confidence of CEO Gregory Shillingford.

One source said that the former West Indies seamer and veteran coach has become so disenchanted with what some say are deliberate efforts to frustrate him that there are talks of him possibly quitting the post.

When contacted about the reports coming out of Dominica and the situation with the Volcanoes franchise, President of the SVG Cricket Association (SVGCA), Kishore Shallow said that as a director of the body he is in the dark about a lot of things happening with the franchise.

The SVGCA head also could not shed any light on reports that monies have reportedly gone missing from the franchise head office.

Lockhart Sebastien, the team manager, has now been elevated to “Batting Consultant” and also been named Operations Manager of the franchise and when asked about these “appointments”, Shallow said, “So I heard.”

In fact, Shallow said that Shillingford’s communication with him and possibly the other directors “has been terrible”.

The Volcanoes opposed Jamaica Scorpions last weekend. And while coach Allen was seen supervising the net sessions, “Batting Consultant” Sebastien was not seen at any of them.

In fact, Sebastien could be seen relaxing in the comfort of the Players Pavilion while Allen assisted Jelarni Robinson, Kaven Hodge and Devon Smith with some “throw downs”. It was remarked by one administrator that Sebastien appeared not to be part of the Volcanoes unit and may not need to travel with the team anymore.

One of Sebastien former Windward Islands teammate strongly opined that the Dominican has been a bad influence on Windwards cricket for a number of years and should be removed from the setup.

The ex-player pointed to his obscene tirade at a presentation ceremony at the end of a Windwards U19 tournament in St. Vincent when one of his players was not selected in the squad.

He ended by saying that the former Dominican opener is “just there to protect his son”.

Liam Sebastien is the current captain of the Windwards but there many who feel that he cannot command a place in the squad either with his batting or “accommodating offspin” and is only in team because of his father’s position influence.

Sebastian said he did not wish to comment on anything related to the franchise.

The Windward Islands Cricket Board will hold a meeting in St. Vincent this weekend and reports say that Friday’s opening day will be taken up with matters relating to the franchise.