Victors 1 rebound with win over ASCO 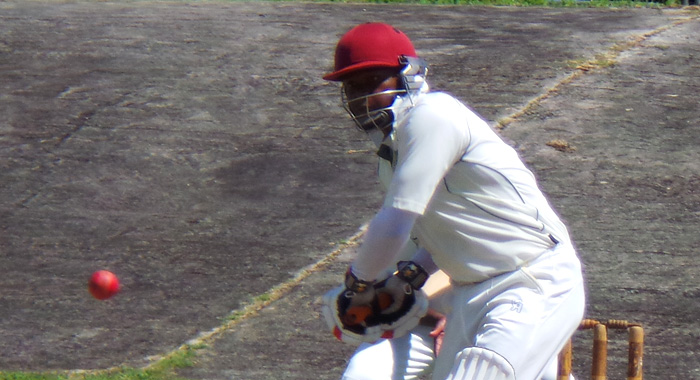 Former champions, Victors 1 rebounded from their opening defeat to LIME Radcliffe to beat Carl Joseph Law chambers ASCO by 10 wickets at the Sion Hill Playing Field in the National Lotteries Authority Premier Division on the weekend.

Victors 1 captain Donwell Hector upon winning the toss elected to bat in humid conditions on a reasonably prepared wicket with a sprinkling of grass.

The openers Atticus Browne (36) and Chrisroy John (26) added 42 for the first wicket before John was bowled by Rangel Small.

Browne and Hector added a further 58 for the second wicket to see the total 100/2 when Browne was dismissed by left-arm spinner Andre Hunte.

Hector was then joined by Windwards middle order batsman, Miles Bascombe (19) in adding 52 for the third wicket to take Victors 1 to an imposing 152/3. But wickets began to fall in clusters as they try to gather quick runs and from the teatime score of 178/3, were dismissed for 239 in 47.5 overs, with Hector, the former Windwards batsman, falling for 91. He batted 136 minutes faced 91 balls and struck 9 fours and 4 sixes and once again demonstrated his ability to play spin on a tricky pitch.

Offspinner Dearon Greaves 4/66 and Hunte 3/55 were the best of the bowlers for Carl Joseph Law chambers ASCO.

In the 8 overs faced before the close, Carl Joseph Law chambers ASCO ended the day 33/3.

On Sunday, they were dismissed for 116 in 21.1 overs with Rangel Small’s 29 being the top scorer as offspinner Damali Phillips finished with 6/29 from 9 overs.

Asked to follow on, Carl Joseph Law chambers ASCO were dismissed for 140 in 34.2 overs with Kenvil Sam (41) and Greaves (36), 58 run second -wicket partnership being the only bright spot. Bascombe picked up 5/27 and medium pacer/offspinner Nurlon Williams 3/20. Victors ONE knocked off the required 17 runs in three overs- ending 20/0.