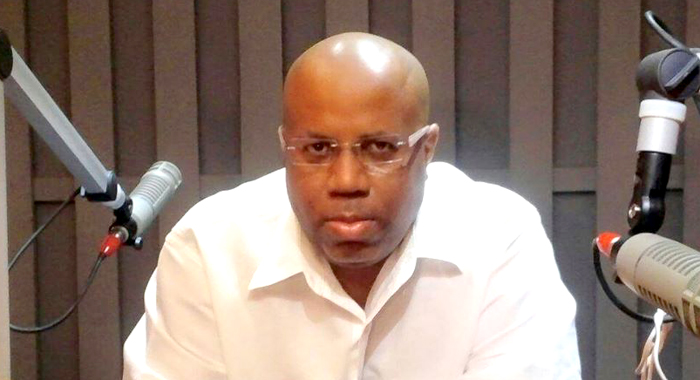 Leader of the Opposition Arnhim Eustace said he will bring a lawsuit against radio personality Dwight “Bing” Joseph over comments that Joseph made on radio about the appointment of New Democratic Party (NDP) chairman Linton Lewis as a senator in 2012.

Eustace is president of the NDP and, as Leader of the Opposition, has the constitutional privilege of appointing two senators.

“Last week, Bing Joseph on his radio station … made some statements about myself. They were very nasty comments. They bear no relationship to the truth, … and he made them after some discussion with Dr. Linton Lewis, who is chairman of the New Democratic Party. I found his comment really, to some extent unbelievable, unproven and which I know is not true,” Eustace said Monday on his weekly programme on NICE Radio.

“And legal action will be taken against Bing and against the station during this week. This matter would not stay as it is. I am not interested in any apology. The nature of the apology pales before the nastiness that was said. And I shall take the necessary legal action within the next few days,” Eustace said.

Last week, Joseph also apologised on air for his comments and said that he was “set up” by Lewis, who also appeared on Joseph’s show last week.

Lewis was not reappointed a senator after the December 2015 election, in which he suffered his fourth consecutive defeat.

Eustace said that sometimes people make statements because they want to find something “nasty, undignified and incorrect to say about a person, for whatever reason.

“And I tend, as a person, not to bother about these things. Because there are other occasions when I felt that I should have taken legal action and I didn’t bother. But the nastiness of this one — because I heard it myself, nobody had to call and tell me because I happened to be listening at that time.

“And Mr. Joseph, you will pay for your mouth. That’s all I have to say on that,” Eustace said.