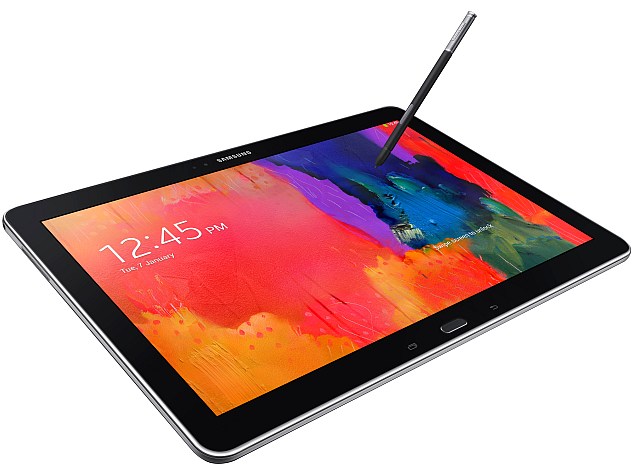 An internet photo of a tablet computer.

The father of a teenage girl is urging parents to advise their young children not to expose their expensive devices or jewellery if they are alone in public.

Regis “Splectron” Williams also wants parents to urge children not to chase their assailants — as his daughter did — if someone grab the device and run.

The popular videographer and promoter made the plea in a conversation with iWitness News on Saturday after making a post on Facebook in which he said a masked man snatched his daughter’s tablet computer from her in Kingstown Park Saturday morning.

He said his daughter, who turns 13 on Monday, had been dropped off at the Football Federation office near Victoria Park after soccer training Saturday morning.

She decided to walk to his home and was playing with her tablet between St. Martins Secondary School and the Church of Jesus Christ of Latter-Day Saints (“Mormon Church”) when a masked man grabbed it from her and ran.

“… my daughter did the unthinkable and proceeded to chase the guy down the road,” Williams said, adding that persons saw her running after the man and chased after him.

“He (assailant) then tossed the tablet in some bush or grass and continued running. So after retrieving her tablet, she went and told her mom, who informed me, nearly giving me a heart attack,” Williams said.

Williams said his daughter was still visibly shaken when he met her later on Saturday.

“I had to ask her if she was crazy to follow the guy who robbed her. Now he could have lost his mask during the chase and, she seeing his face, so [as] to avoid getting caught, he could have knifed her up, or shot her. So I sternly rebuked her for running after the thief, putting her life in grave danger,” the father said.

“… please advise your kids [that] if they are robbed, not to give chase or fight with the robbers. It’s not worth getting gutted like a pig over a piece of jewellery or electronics or even cash; all these can be replaced but life can’t,” Williams said in the post.

“I can buy back a tablet anytime, I told her but I can’t buy your life back. So parents when your kids leave home on Saturdays, if you can, accompany them or have someone escort them. That will be good, or advise them not to walk roads that can be deserted on a Saturdays or weekends in general,” Williams said.

He was grateful to the persons who assisted his daughter.

“To the folks who came to her assistance, thank you very much, and I think more police should be patrolling the outskirts of Kingstown as well to keep the would-be bandits off the street and prevent crimes like these from happening,” Williams said.

Williams said that his daughter was supposed to spend the weekend with him, but was so affected by the incident that she asked to go back to her mother’s house.