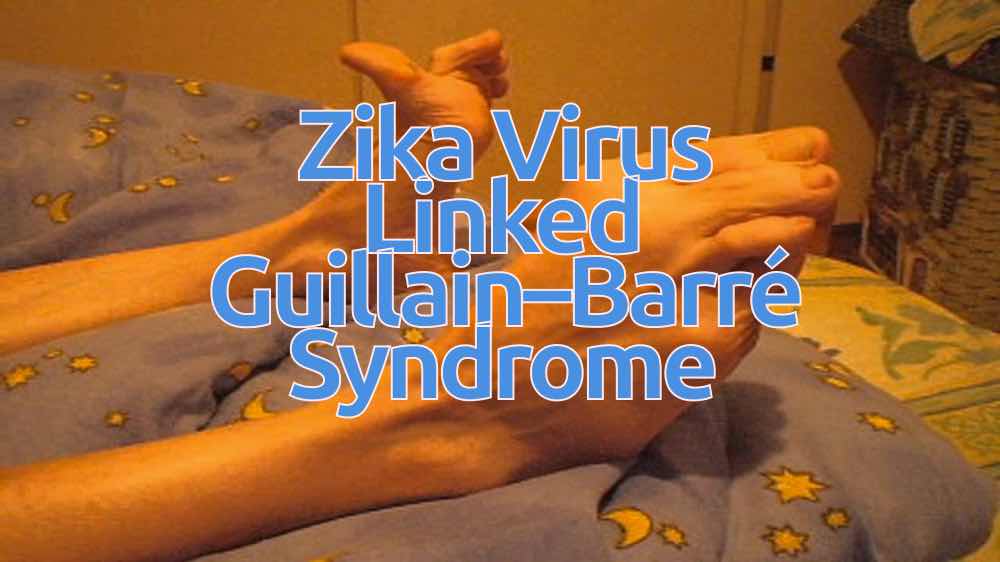 The Ministry of Health in St. Vincent and the Grenadines said Saturday that healthcare professionals at the Milton Cato Memorial Hospital were treating a patient infected with a potentially paralyzing condition suspected to be related to the mosquito-borne Zika virus.

Permanent Secretary in the Ministry of Health, Luis de Shong, said in a statement that the patient, an adult, has been diagnosed with Guillain-Barre Syndrome (GBS).

The World Health Organization (WHO) says that in Guillain-Barré syndrome, the body’s immune system attacks part of the peripheral nervous system. The syndrome can affect the nerves that control muscle movement as well as those that transmit feelings of pain, temperature and touch. This can result in muscle weakness and loss of sensation in the legs and/or arms.

It is a rare condition, but people of all ages can be affected, however it is more common in adults and in males. Even in the best of settings, 3%-5% of GBS patients die from complications, which can include paralysis of the muscles that control breathing, blood infection, lung clots or cardiac arrest, WHO says on its website.

de Shong said the patient is “stable and is receiving the recommended treatment, immunoglobulin”.

The senior health official said the medication was sourced through the Pan American Health Organisation, as per the established Ministry of Health, Wellness and the Environment Zika Management protocols.

“The Ministry of Health, Wellness and the Environment collaborated closely in this regard with the local Pan American Health Organisation Country Progrmme Specialist, Ms. Anneke Wilson, the Chief Medical Officer of Grenada, Dr. George Mitchell, and the staff of SVGAIR and uses this opportunity to express enormous thanks and appreciation to these individuals and their particular organizations for their willingness to lend the necessary support,” de Shong said.

He said his ministry is providing psychosocial support to pregnant women who may have been exposed to the Zika virus, and monitors them regularly.

“Additionally, the Ministry is providing medicated mosquito nets to all pregnant women who are registered at our antenatal clinics,” he said.

“The Ministry of Health, Wellness and the Environment emphasizes the importance of everyone, not just pregnant women, using insect repellants and wearing long sleeve shirts and long skirts or pants to avoid being bitten by the aedes aegypti mosquito, the vector which carries Zika, Chikungunya and Dengue Fever. Everyone is urged to get rid of all mosquito breeding sites in their homes, yards and workplaces, by securely covering or turning over any containers holding water, placing fine mesh over the vents of septic tanks and clearing gutters and spouting,” de Shong said.

He said his ministry will continue to keep the public updated on Zika in SVG and anticipates continued partnering with the people of SVG to maintain our health.

Zika virus spreads to people primarily through the bite of an infected Aedes species mosquito (Ae. aegypti and Ae. albopictus).

People can also get Zika through sex with an infected man, and the virus can also be passed from a pregnant woman to her foetus.

The most common symptoms of Zika are fever, rash, joint pain, and conjunctivitis (red eyes). The illness is usually mild with symptoms lasting for several days to a week after being bitten by an infected mosquito. People usually don’t get sick enough to go to the hospital, and they very rarely die of Zika.

For this reason, many people might not realize they have been infected. However, Zika virus infection during pregnancy can cause a serious birth defect called microcephaly, as well as other severe foetal brain defects. Once a person has been infected, he or she is likely to be protected from future infections. (Source: United States Centers for Disease Control and Prevention)

GBS symptoms include weakness of the arms and legs that is usually the same on both sides of the body. In some cases, the muscles of the face that control eye movement or swallowing may also become weak. In the most serious cases, this muscle weakness can affect breathing, and people sometimes need a breathing tube to help them breathe.

These symptoms can last a few weeks or several months. Although most people fully recover from GBS, some people have permanent damage, and in 1 out of 20 cases people have died.

Researchers do not fully understand what causes GBS. Most people with GBS report a bacterial or viral infection before they have GBS symptoms. Rarely, vaccination has also been associated with the onset of GBS (i.e., 1976 Swine influenza vaccine). In many cases, however, because the onset of GBS appears to occur days to weeks after a sickness is over, it is difficult to say whether the illness/vaccination “caused” GBS.

What to do if you are concerned