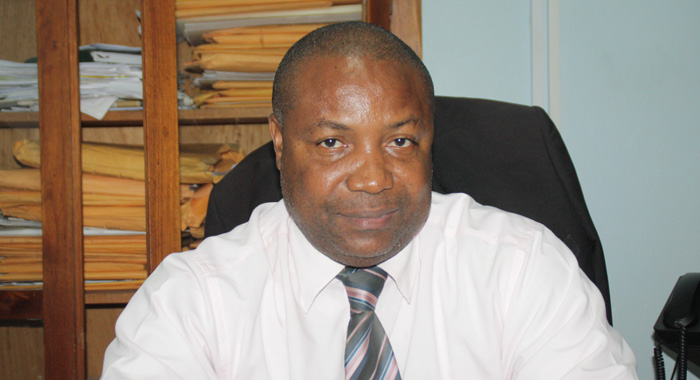 Assistant Director of Public Prosecutions, Colin John will “as soon as early August” return to the Police Force, “initially not below the rank of Deputy Commissioner of Police”.

John made the confirmation to iWitness News on Wednesday, hours after Prime Minister and Minister of National Security, Ralph Gonsalves, said on radio that John was returning to the constabulary, but did not elaborate.

John, a lawyer, told iWitness News on Wednesday, that since he completed his studies, persons have been approaching him and asking him to return to the Police Force.

“They felt that I could assist in making the organisation a better place. I listened to it and then I was approached by persons in authority. I indicated that I would be willing to return,” John told iWitness News.

John joined the Royal St. Vincent and the Grenadines Police Force on Jan. 16, 1988, after six months of training in Barbados.

During his time as a police officer, he worked beat and patrol, the drug squad, Police Training School, the Immigration Department, the Criminal Investigations Department and at out stations in Owia, Biabou, Old Montrose, Canouan and Calliaqua and at the Police Canteen, and attained the rank of station sergeant.
While serving as an Immigration Officer in Canouan, Advanced Level law, to gain entry qualification into the degree programme.

He started his degree in law in 2006, completing it in 2009 then went for a nine-month bar training in England, which he completed in 2010.

After his return from England, he was attached to the Office of the Director of Public Prosecutions (DPP), before he was transferred full-time to that Office, becoming the deputy DPP.

Now that John is returning to the Police Force, he said there “might be some persons who might have some hang-ups about it.

“Naturally, everyone has ambition, but I think the general body should be receptive. While I intend to be assertive, I will be respectful to everyone.”

John recounted a time when he was placed in charge of a team at the CID. He said that during his first meeting with the detectives in his unit, he told them that he came to be in-charge and intended “to treat everyone as a big man until you prove otherwise.

“So, that will be my approach. I will treat each person with respect. A favourite phrase of mine is to ‘treat persons how you want to be treated’, but I will not let discipline be a casualty of such action. Police officers are being paid to do their job and I would expect them to do their job. The public demands, no less.”

He said that he sees the move from the National Prosecution Service to the Police Force as a horizontal transfer.

“My main reason for going back is that I think that the organisation, although there are very good police officers, and no one is indispensable, I think the organisation could do with some help and I think I can help in that area.

“I would hate to be offered the opportunity and refuse it and then later down the line something happen and I say I could have been there and could have made a change in this area,” John said.

He told iWitness News that being in his current position has helped him to see the Police Force from a different perspective.

“Police officers, from time to time, they will call me for advice and they will submit their files that I would have to peruse and I would see certain deficiencies in the files. So I am able to see it from a different angle and I would be able to offer advice in that area.”

John’s name was mentioned as a potential candidate for the ruling Unity Labour Party, including in the December 2015 general elections.

He told iWitness News that while everyone in St. Vincent and the Grenadines has their political preference, “I would be objective and treat each person with respect regardless of their political difference.

“Since I have been in office here, persons I know that have different police persuasion than I would come here and seek assistance and I would approach it with the same zeal as I would approach any other task,” John told iWitness News.

John said he would like the police officers to be more “up to date” about the law.

“In my opinion, I think some police officers are apprehensive to act because they are not quite sure about their powers, so that is something I would definitely be pushing, to make sure you know the rule of engagement, you know what you are supposed to be doing, so you won’t be apprehensive to act.

“Once you know that, you would know how far you could go. You would know that you have to respect persons’ rights. They are not your children. So while you are firm, you are fair. So, you won’t go and speak to somebody as if they are your child — well, people don’t even speak to their child like that these days,” John said.

Reynold Hadaway is the current Deputy Commissioner of Police. iWitness News understand that Commissioners of Police Michael Charles, who is on contract, will retire soon.

John did not comment on what other changes would be made in the leadership of the Police Force.

Regarding improving police-community relations, John said he would draw on the strength of past police chief, including the current commissioner, Charles, who he said “has some excellent qualities.

“And I will emulate them and build on them as far as possible,” he said, adding that all the commissioners since he joined the Force, had their positives as well.

“So we would look at them and build on their strength. Also, we have an excellent Police Force. In some areas some room for improvement, but, in terms of loyalty, by and large, we have a very loyal Police Force and so I would really encourage that and would emphasise customer service. Because at the end of the day, the public is paying you and they deserve the best service,” John told iWitness News.