Vincentian rescued in Jamaica after 45 days at sea 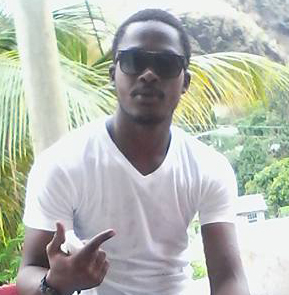 MacGyver Allick of Clare Valley was rescued by the Jamaica Defence Force Coast Guard some 45 days after he left SVG in a go-fast boat.

One of two Vincentians who spent a month and a half missing at sea has been rescued by the Jamaica Defence Force Coast Guard and taken to that northern Caribbean nation.

Commander of the St. Vincent and the Grenadines Coast Guard, Brenton Cain, confirmed to iWitness News on Monday that his counterparts in Kingston have notified Kingstown of the rescue of the Vincentian man.

The rescued man is 25-year-old MacGyver Allick of Clare Valley. Another man, said to be originally from Union Island, is said to have also left St. Vincent with Allick.

Allick reportedly told officials in Kingston that the other man died during the ordeal at sea. iWitness has not been able to determine the identity of the man, but information reaching us indicate that he lived at Rose Place, Kingstown.

Cain told iWitness News that the SVG Coast Guard received a report on June 18 that the men were missing at sea — five days after they reportedly left St. Vincent in a go-fast boat.

He said the Coast Guard is preparing a statement, which would be released soon.

Allick’s mother, Annette Allick, told iWitness News on Monday what she was in Barbados when her son left for the trip. She said she left for Bridgetown on May 18 and return on June 16.

Allick said that while in Barbados, she communicated via WhatsApp with her son, who has been living with friends in another part of Clare Valley for a number of years.

She told iWitness News that her son wanted her to buy him a gold-plated necklace. They had decided that she would take photographs of those that were on sale and send them to him to advise on which piece of jewellery to purchase.

Allick, however, said that after a while she got no response from her son and the instant messaging application gave no indication that the messages she sent him had been read.

But Allick said that she was not overly concerned, telling herself that if something had happened to her first born, one of his three sisters would have notified her.

She said when she returned to St. Vincent on June 16 she was told that MacGyver had left for Martinique with another man three days earlier (June 13) and had not returned on June 14, as they said they would have.

Allick said she does not know who her son went on the trip with or why, and she became concerned, especially since she had not known him to have gone on any trips to the French-speaking Caribbean nation.

She said she went to Kingstown to inquire about the man who her son reportedly went on the trip with but got little information.

On July 21, one of MacGyver’s sisters, convinced that he was dead, organised a candlelight vigil in Clare Valley.

But one week later, his mother would receive word that her son is alive.

She said that Thursday she got a call from a strange number and she decided not to answer.

“Then somebody say, ‘Suppose is MacGyver?’ Me say, ‘Nah man. MacGyver done dead’,” Allick told iWitness News of her reaction to the calls to her cellphone.

She said that a relative later met her and asked if it was true that MacGyver has been rescued, adding that a boat with some men from the Windward side of St. Vincent said MacGyver had been rescued in Jamaica.

Allick then decided to call the number and the persons who answer told her that she had reached the Jamaica Defence Force Coast Guard and her son had been rescued and was in hospital in Jamaica.

She said the Jamaica Defence Force Coast Guard told her that they were on patrol and saw the boat and rescued MacGyver.

But since then, Allick has not heard from the Jamaicans but has been contacted by the local Coast Guard.

“But me nah heard from he. Ne never talk to he,” Allick said of her son, adding that the Jamaica Defence Force Coast Guard said MacGyver had said that the other Vincentian had died.

“Me feel good. Me scream out and call out, but still me ah say to meself too, ‘But he nah call me.’ You know sometimes nowadays yo’ ha’ so much ah technology foul play thing,” she said, but added that the guy that MacGyver lived with in another area of Clare Valley said he had spoken to the rescued man.