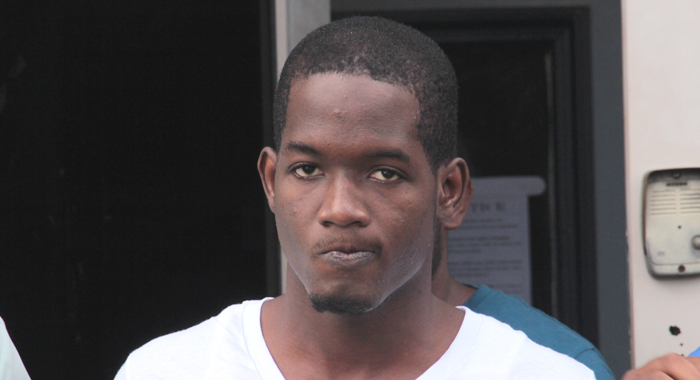 A 19-year-old Green Hill man who is serving a three-year jail term for firearm possession was on Monday charged with the 2014 murder of a fellow villager.

The matter was transferred to the Serious Offences Court, which is on recess until September.

Slater is scheduled to appear in that court on Sept. 5 to hear the date for the commencement of a preliminary inquiry.

Stowe died at the Milton Cato Memorial Hospital on Oct. 20, 2014, where she was taken after being shot in the chest in the Central Kingstown village around 9 p.m.

On Feb. 10, 2015, Chief Magistrate Rechanne Browne-Matthias sentenced Slater to three years in prison for possession of a firearm, without licence.

He was arrested in Green Hill two days earlier when police found the weapon in a sack he was carrying.

Slater told the court that he had found the weapon, which was not loaded, while digging dasheen, and was going to take it to the police.

Meanwhile, Devon Charles, a 31-year-old labourer of Old Montrose was arrested and charged with the murder of Andre St. Clair Durham, a 43-year-odl labourer also known as “Swear” of New Montrose, which occurred at New Montrose on July 23, 2015.

Charles was shot about his body.

The accused appeared at the Serious Offences Court last week Tuesday, July 26, and was remanded in custody.