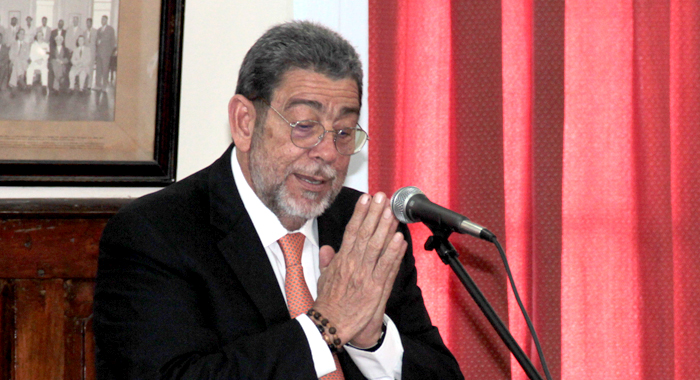 The St. Vincent and the Grenadines House of Assembly should amend a pending cybercrime bill to provide stronger protection for freedom of expression and journalistic work in the public interest, the International Press Institute (IPI) said Wednesday.

Following in the footsteps of other Caribbean legislatures, the House of Assembly is scheduled to vote shortly on a wide-ranging measure tackling data theft, child pornography and cyberharassment, among other forms of wrongdoing online.

IPI Director of Press Freedom Programmes Scott Griffen said that while all provisions of the bill should undergo expert consultation, IPI viewed the bill’s proposed regulation of “cyberharassment” with particular concern, due to vague language and the lack of a serious defence for journalistic work.

Article 16(1) of the bill would punish persons who knowingly disseminate false information online that “damages the reputation of another person” or “subjects another person to public ridicule, contempt, hatred or embarrassment” with up to five years in prison or a fine of EC$200,000.

The same section establishes the offence of cyberbullying, which the bill defines as using a computer system to convey information that causes another person “fear, intimidation, humiliation, distress or other harm to… health, emotional well-being, self-esteem or reputation”. The same possible punishments apply.

Griffen said IPI feared the language could be used to chill reporting.

“While we sympathise with the need to respond to cyberharassment and cyberbullying, this bill, as currently framed, opens a back door to silencing unwanted opinions or punishing journalistic work that makes people, especially politicians, uncomfortable,” he said.

“Under this bill, virtually anything anyone finds unpleasant — including accusations of corruption or other wrongdoing shared or disseminated online — could be considered cyberbullying. This has the potential to seriously hinder the media’s ability to act as a watchdog over politicians’ actions and citizens’ ability to debate those actions.”

Griffen urged the bill’s drafters to, at a minimum, insert a clause providing a clear exception for information disseminated as part of journalistic, political or artistic activity, or through the exercise of any other protected right or interest, including freedom of expression and opinion.

He also noted that the provision on disseminating false information amounts to a form of criminal defamation, an offence that already appears in Article 274 of the St. Vincent and the Grenadines Criminal Code.

International human rights bodies, including the office of the Special Rapporteur for Freedom of Expression of the Organization of American States (OAS), have increasingly called on states to repeal criminal defamation laws and have uniformly condemned the threat of imprisonment in defamation cases.

“It is disconcerting to see that St. Vincent and the Grenadines, instead of following international recommendations on this matter, is strengthening and duplicating criminal defamation laws,” Griffen commented. “We urge lawmakers to reconsider the relevant sections of the present bill and to repeal Article 274 of the Criminal Code.”

Five Caribbean countries — Grenada, Jamaica, Antigua and Barbuda, Trinidad and Tobago and the Dominican Republic — have fully or partially repealed criminal defamation laws since IPI and its regional partner, the Association of Caribbean MediaWorkers (ACM), launched a campaign encouraging them to do so in 2012.

Recent years have seen Caribbean governments grapple with ensuring protection for freedom of expression in cybercrime legislation, most recently in Trinidad and Tobago last year. In 2014, Grenada removed a provision on “electronic defamation” in its law following international criticism.

Also in 2014, lawmakers in the British Virgin Islands (BVI) added a public interest exception to a provision mandating up to 15 years in prison for unlawfully obtaining information from a protected computer. Passage of the original provision followed a series of reports published by the International Consortium of Investigative Journalists (ICIJ) using leaked information that revealed that the BVI had become a favourite destination for Chinese offshore clients.

Another international group calls for revision of SVG’s Cybercrime Bill