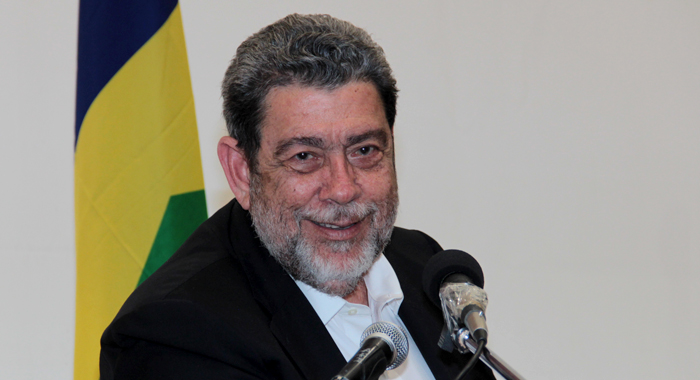 Prime Minister Ralph Gonsalves on Tuesday said that his June 5th medical examination shows that he is in good health and HIV negative.

Gonsalves, who turned 70 on Monday, made the disclosure while responding to a question from Dwight “Bing” Joseph and Stephen Joachim on Boom FM, in which the leader emphasized the importance of prostate examinations and not discriminating against people with HIV/AIDS.

The Prime Minister said that his father died of a prostate problem at age 85.

Gonsalves said that his father could have lived longer if he was a person who went to the doctor more often.

“I do medical every year. In fact, I tend to do one here with Dr. Charles and then as soon as I get an opportunity immediately thereafter, when I go on a business trip to Cuba, I would also have it done.

In fact, … just two months ago, on the 5th of June, I did my medicals,” Gonsalves said.

“You did your HIV test on the 5th of June?” Joseph asked as co-host Stephen Joachim asked him what “stupidness” he was asking.

“Yes. It is negative. So, too, Hepatitis B and Hepatitis C,” Gonsalves said, adding later, “… I could have answered you and told you that it is none of your business.”

“But you are the Prime Minister. It is the people’s business,” Joseph said.

“No. What I am saying is this: I could have told you that but I don’t mind answering it. I’m not answering it from the standpoint of your right to know, I am just saying you ask me and–”

“My PSA (Prostate-Specific Antigen test), which is the test of the prostate, is quite good,” Gonsalves volunteered, adding that he also does the physical prostate examination.

Joseph said he is not doing the physical examination and both Gonsalves and Joachim told him that he should.

The Prime Minister said: “My dear friend Dr. Cyrus came to me once, a few years ago, about three-four years ago and … he said once you live long enough as a man, you either die from it or with it — that is to say, a prostate problem…”

Joseph said he asked about Gonsalves’ HIV status because of what was being said on social media.

“The point about it, Bing, it’s not because people on social media say a lot of things; they say I’m a murderer, which I’m not; they say I’m a rapist, which I’m not; they say that all sorts of things. They say I’m a thief, which I am not. So, the point I am making, why I raise the question with you, because you are in danger, Bing, if you pick out one subject matter of lending the belief that you should discriminate against somebody if they have HIV and AIDS. That’s the point what I was making,” Gonsalves said.

He said people use to whisper about tuberculosis or cancer, but that is no longer the case.

“The point is this, we need to make sure that in relation to the question of HIV and AIDS, we don’t propagate a particular culture in which we discriminate against people.”

Gonsalves said he has obligations as a leader and also has his own personal feelings about particular matters.

Asked about the public’s right to know, in light of concerns about Prime Minister of Trinidad and Tobago, Keith Rowley’s health, Gonsalves said it is a question of judgement as to what is disclosed.

Calls for Rowley and his government to “come clean” with the nation on his health condition have mounted, following Rowley’s recent hint that there appear o be some “changes” in his health issues which both his local and foreign doctors feel should be “investigated further”, Trinidad’s Guardian newspaper reported on Monday.

Gonsalves said that in the United States, there is a tradition that the medical doctor discloses, broadly whether the president is in good health.

“If you are a sitting president, it would be up to the president and the doctors to divulge the kind of information that they would want to. So, there is a grey area and there is a sense, broadly speaking, that a person’s physical and mental health is off-bounds unless, of course, it affects your ability to function because, look, as the body ages, all of us get little problems in our knees and other parts of our body. Some of us get it in our hearts and so on and so forth. So that is how I would answer that,” Gonsalves said.