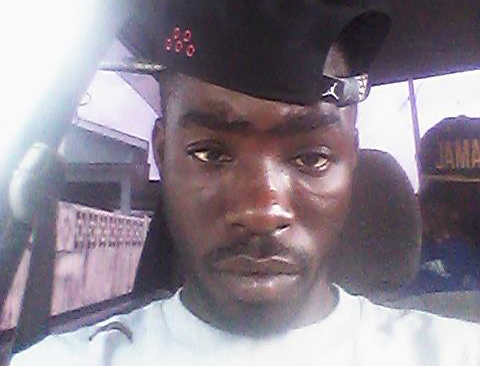 One man died and another was injured Tuesday night when the car was sprayed with bullets in Glen.

The dead man’s older brother, Fitzroy McKie of Glen, told iWitness News that the dead man is his younger brother, Sorono McKie of the same address.

Police said that Anthony Newbolt, 54, of Lowmans Hill, the other occupant of the vehicle, sustained a gunshot injury to the right leg and is in hospital in stable condition.

Sorono was driving motorcar P5901 when he was shot and the bullet-riddled vehicle ran off the road and crashed into a tree.

Fitzroy told iWitness News that he was relaxing and having a drink with some friend in another area of Glen when he heard gunshots ring out about 8:30 p.m.

“When I heard the shots, one of my friends said, ‘Boy, somebody dead,” he told iWitness News.

But the group dismissed the gunshots until some time later when a member of the group received a message on his mobile phone indicating that it was Sorono who has been shot and killed.

Fitzroy said the shooting took place in an area of Glen known as “Gaza” and resident recount hearing between 10 and 12 gunshots before a vehicle sped away.

Fitzroy wondered what reason people would have to kill his brother, who he said was a pig farmer, driver, and welder.

He told iWitness News that he does not know his brother to have been in conflict with anyone.

Tuesday’s killing brings the murder count in St. Vincent and the Grenadines for this year to 21.

One reply on “Glen man gunned down in drive-by shooting”