New chairman, but many old faces remain on CDC board 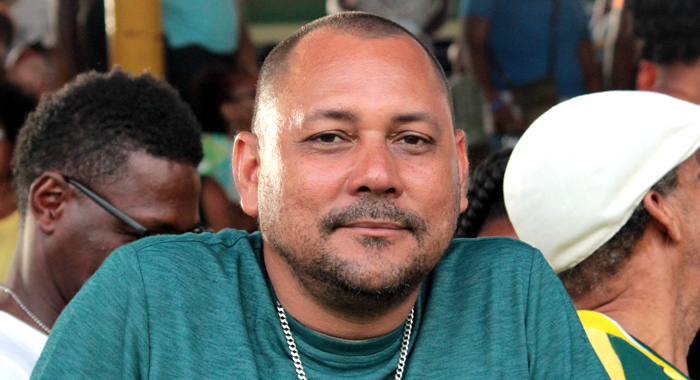 The Ministry of Culture has announced that engineer and mas promoter Ricardo “Ricky” Adams has been appointed to replace Dennis Ambrose as chair of the Carnival Development Corporation (CDC).

Adams is a former masquerader with Mirage Productions who went on to join Blondie Bird and Friends, where he has been producing an all-inclusive section annually for a number of years.

Ambrose’s stint has come to an end after a decade and a half of service during which the Miss SVG show has moved from the Aquatic Club to the Victoria Park, the need for emergency construction to reinforce the stage was eliminated, and the CDC now has portable dressing rooms with air-condition units, showers and toilets for its beauty pageants.

Ambrose has been retained as one of three advisors to the CDC, the others being Hans King, press secretary to Prime Minister Ralph Gonsalves, and Lennox Bowman, two long-standing members of the board.

Another major change is the appointment of Miss SVG and Miss Carival 2002, Lafern Fraser, as the CDC’s Beauty Shows Coordinator.

Cheryl Rodriguez, who resigned that post this year after about two decades, had recommended Fraser to the Ministry of Culture.

Rodriguez, however, has been retained as an advisor to the CDC.

Another new appointee is radio personality Donnie Collins as Marketing Coordinator and Financial Comptroller, David Telesford, who has been confirmed after about one year of acting in that capacity.

Ellsworth “Ezzie” Roberts now has the added responsibility of deputy chair, in addition to being Coordinator of Rural Carnival.

Keeping his post at the CDC is the longstanding chief executive officer, former teacher Ashford Wood.

Anthony Dennie has also be retained as Shows Coordinator, a position he has held for about six years.

John Mason has been retained as Technical Advisor.

The appointment of a new chair of the CDC comes after Ambrose had indicated about two years ago that he was ready to exit the post but was asked to continue until a suitable replacement was found.

After the completion of Vincy Mas 2016, there were the usual calls for fresh blood to be injected into the CDC.

But, addressing the Carnival Symposium on Aug. 20, Ambrose said, “We can disagree on a matter in the ‘new alliance’, but the democratic process must be preserved, and the anticipated ‘new face’ of the CDC must understand that simply ‘getting rid of the Chairman’ ALONE could not possibly FIX all that is ailing at the CDC — even if the new Chairman plans to be a dictator.

The Ministry of Culture said Thursday that the new board will be “required to move into high gear immediately” with its prime responsibilities being to finalise the price-giving for Vincy Mas 2016 and finalise plans for Vincy Mas 2017, which will include the launch of the 40th-anniversary celebration in November 2016.

The CDC said on Thursday that the prize giving will be held on Oct. 6 at Murray Heights Hotel in Kingstown.

The Ministry thanked all members of the outgoing board for their service and mentioned especially Ambrose and Rodriguez who have between them close to forty tears of “unselfish service” to the board.

“Their services have been solicited as advisors to the board to usher in and shepherd the new members to ensure that Vincy mas remains ‘The Hottest Carnival in the Caribbean’,” the ministry said.