Vincentians plan to use Taiwan experience to improve healthcare 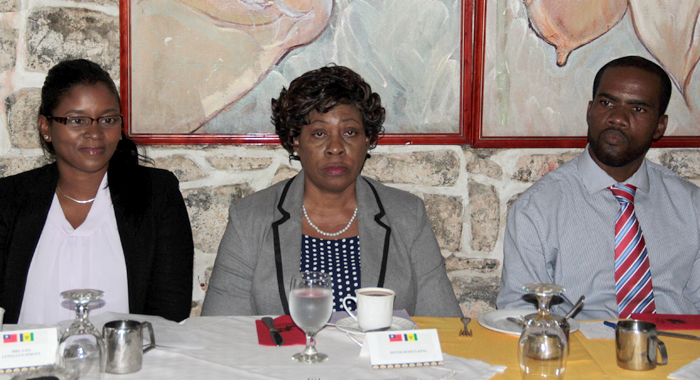 Three Vincentian healthcare professionals who spent time attached to Taiwan’s Changhua Christian Hospital (CCH) say they plan to use the experience to improve the attitude of their colleagues and the services provided by the public health sector in St. Vincent and the Grenadines.

Andrew Williams, of the Milton Cato Memorial Hospital (MCMH) administration department; Senior Nursing Officer, Rosita King, and Co-Coordinator of the Health Information Systems, Lisa Llewellyn-Sprott, were in Taiwan between July 2 and Aug. 6 as part of an on-going exchange between CCH and MCMH, which began in 2010.

The Taiwan embassy in Kingstown hopes to further solidify the medical cooperation between SVG and Taiwan and the in the end benefit the people of SVG.

Speaking to the media in Kingstown on Monday about his experience, Williams said that one of Taiwan’s strength is its human resource, and noted the attitude of the Taiwanese people towards work. 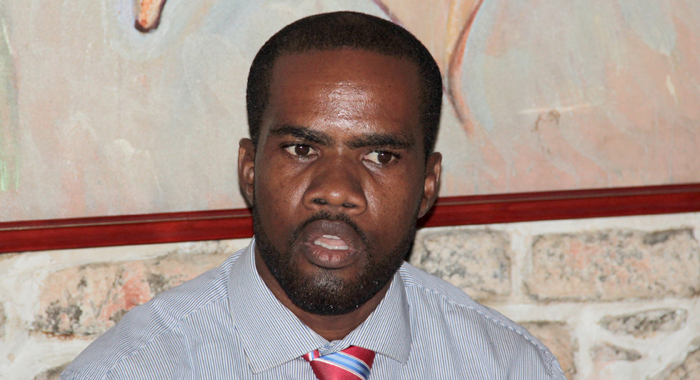 “I … admire the staff there. They are very disciplined. Their mindset is a bit different to ours here in St. Vincent… They are always on time, they are dedicated and they are hardly being distracted, and I think our healthcare workers have to get on board if we [are] to deliver the health service that we aspire to.”

He received training in the areas of accounting procedure, procurement and management of supplies, hospital safety and quality improvement, diabetic care, and pastoral care.

While several members of staff of MCMH have participated in programmes at CCH, Williams noted that those exchanges have concentrated primarily on the medical staff and it was the first time that someone from hospital administration was participating.

“I think this (administration) is an important aspect and I want to personally thank the government of Taiwan through the local Taiwanese embassy here for affording me that opportunity.”

William said he looks forward to sharing his experience with his colleagues and hopes that other people would have similar training in Taiwan.

He said that CCH is a widely accredited hospital throughout the world and has been in recognised in all aspects of healthcare.

“I think it is a great opportunity for us to adopt some of their practices, especially in areas of patient care and patient safety,” William said.

“You know from time to time we hear about patients complaining about the service that they received [at MCMH]. I am not going to say that we do not try our best but, of course, there are areas that we can improve and deliver the patient care that we would like to, especially where we are going to develop our new airport facility, tourism is an important aspect of our development and so healthcare falls in an area where we would like to step up our game.” 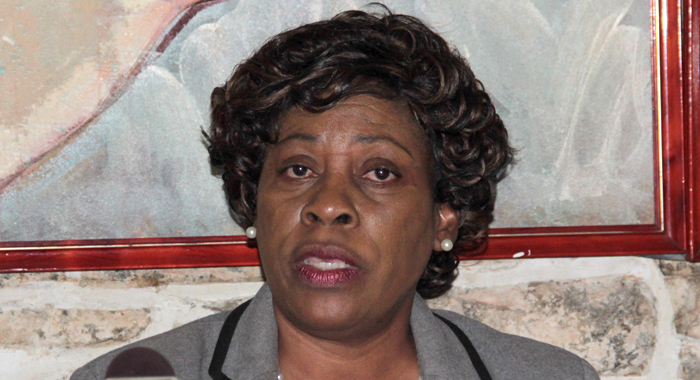 King told the media that she was trained in the areas of pastoral care, safety and quality, and information department and also spent time at the hospital’s diabetes centre of

“Those experiences gained visiting those departments and centres have allowed me the opportunity to see their system in which they operate,” the senior nursing officer said.

She said that in addition to medical care, CCH’s pastoral care department responds to the spiritual needs of patients and their activities include prayer.

“And I think that is one of the areas that our hospital may wish to gain some support there,” King said, adding that the experience gained will help her to work on some projects to improve the healthcare services in St. Vincent and the Grenadines.

She said that one of the greatest rewards was in the area of diabetes management.

“We know that diabetes is one of our greatest threats here and looking at their system in relation to their health education and their programme, it has afforded me the opportunity to now implement some of those activities at the MCMH,” King said.

Meanwhile, Llewellyn-Sprott, who spent two weeks at CCH, said it was quite enlightening to see the use of technology and the level of advancement there.

“Additionally, patient education and knowledge of the importance of the use of technology appears to be a routine part of the lives of each staff member, which is impressive,” she said.

Llewellyn-Sprott said that based on her experience in Taiwan, she would like to make some recommendation to the Ministry of Health in Kingstown, including mobile registration.

She said that at the nation’s hospitals and district clinics there is an issue of the waiting time.

Llewellyn-Sprott, who has a master’s degree in health informatics, said that mobile registration can help to address this issues.

She also suggested the adoption of a dental module and improvement to the radiology department and the use of a radiology information system, which she aid would be quite useful.

She said some of the computer software used at CCH are in English, making their use in SVG quite suitable.