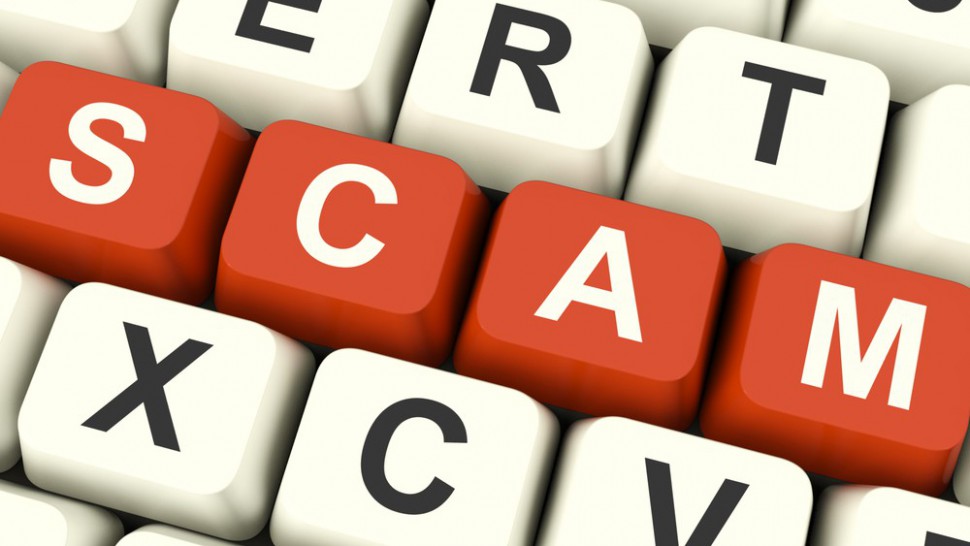 Internet scammers have created a Facebook account in the name of a senior Vincentian government minister and have been using it in their efforts to try to dupe people into sending money to them.

iWitness News became aware of the scam on Monday after an attempt was made to dupe a Vincentian student in the United States.

Someone who created an account in the name of the senior minister contacted the student via Facebook messenger about a grant that was open for application.

“The government minister is someone that I know personally so I responded,” the Vincentian students who the scammers were trying to trick told iWitness News.

The man said that the scammers directed him to send an email but he instead requested a telephone number to call the agency that was supposedly sponsoring the grant.

“When I called I spoke to a gentleman, who provided a name (Perry Johnson), and told him I was directed to him concerning a grant. He asked for a reference number, which I acquired from the minister or the person impersonating the minister.

“I sent the information ‘Mr. Perry’ and he proceeded to ask me to send $600 so that the paperwork for the grant could be processed.”

But the Vincentian student said that he had suspected all along that it was an attempt to rip him off.

“I did some research and I got some information indicating that there was a scam being run through Facebook by people pretending to be representative of the particular grant agency — The National Endowment for the Humanities” (NEH).

NEH is an independent U.S. federal agency created in 1965 and is one of the largest funders of humanities programmes in the United States.

On June 21, the NEH issued a press release saying it was committed to “suppressing an ongoing scam being perpetrated through Facebook.

“This scam involves someone claiming to be an NEH employee contacting you through Facebook Messenger telling you that you are ‘on a list for a grant,’ and instructing you to send payment before they will send you the grant funds. Please be advised that this is a scam,” the NEH said.

The student who the scammers were trying to rip off noted that the NEH’s website has content that warns users not to send money to anyone related to grant funding.

He noted that the NEH, which is based in   Washington DC, does have a legitimate grant, but the telephone number he was given was for the state of Washington.

“I brought these things to Mr. Perry’s attention, told him about the policy of not asking for money and the inconsistency in the telephone. He told me that it was the policy that I send the money to him to have my paperwork processed.

I then mentioned the scam and he got defensive. I said this sounds like a scam and it is wrong to ask for money. He got angry I called him a thief and he hung up,” the student recounted to iWitness News.

He said the then contacted again the person who was pretending to be the Vincentian government minister “and he was mad at me for embarrassing him.

“I told him about the policy violation and the scam that was being perpetrated. He got angry at me. He said I was rude and it’s not his problem if I have to pay $600 [claiming that] three people did get their grant money.

“I asked him if he didn’t ask Mr. Perry about the possible violation of the NEH policy and he said that ‘at least he is seeing it as a benefit to my country’.

“The account of this person has since been deactivated,” the Vincentian student told iWitness News.

He noted that while the Facebook account had some mutual friends, he became suspicious because he does not know the Vincentian minister of government to have a social media presence and also because of the poor use of language.

“The person couldn’t even spell. My flags went up early,” the student told iWitness News and cautioned that other persons be wary of the various methods used on the internet to try to scam persons.

Even experienced persons can fall victim to internet scams, as was the case in 2012 with then commissioner of police, Keith Miller, who was fooled into sending money to Senegal, believing he was paying for participation in an international conference.

Over the past weeks, there have been several attempts by scammers, to use cloned accounts to scam persons, including in St. Vincent and the Grenadines.

This is one via Facebook Cloning, in which scammer create a Facebook account that mirrors and existing one, including the name and profile and cover image of the existing page.

Earlier this month, an attempt was made to scam Executive Editor of iWitness News, Kenton X. Chance, when someone cloned a Facebook account and use it to tell Chance that he had been approved for a grant — for which he had never applied.  (see image below).