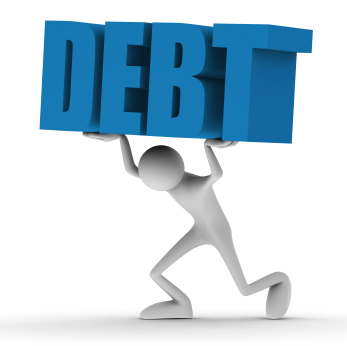 UNITED NATIONS — Two Caribbean island nations took to the podium at the United Nations General Assembly on Friday to highlight their vulnerabilities, including indebtedness and poor access to financing for development.

“Like many other countries, our path towards sustainable development has been hindered by years of low growth, crippling national debt and high unemployment, which have been exacerbated by our vulnerability to natural hazards and other exogenous shocks,” Jamaican Prime Minister Andrew Holness told the Assembly’s annual debate.

Highly indebted middle-income countries (HIMIC) like Jamaica are poised for economic transition with relatively high levels of health and education attainment, he said. However, in a climate of historically low economic growth, this potential is gravely threatened, ironically, by having to choose between debt repayment and catalytic growth spending, he added.

“For Jamaica, there is no choice. Jamaica must, and we are, repaying our debt,” he said.

The consequence of this is that there are no resources available for the government to make the kinds of public investments that can stimulate economic activity. In addition, spending on critical issues such as security, the absence of which negatively impacts growth, is compromised.

In these circumstances, developing countries would ordinarily be able to tap into development assistance that can be used for growth inducing countercyclical investment in infrastructure, which in turn strengthens debt repayment capacity, he said.

However, arbitrary classification on the basis of gross domestic gross domestic product (GDP) per capita precludes HIMIC from accessing such resources.

Reforms do not immediately kick-start the growth cycle. Instead, new investment needs to follow, of a scale and velocity that is difficult to undertake without the full engagement of international development institutions, he said.

This creates the prospect for the so-called “HIMIC trap,” a situation where countries are at the cusp of transitioning but are stalled with a risk of reversal, Holness explained.

He stressed the need to review this broad categorization of countries as this per capita GDP measure in isolation fails to fully and accurately capture added vulnerabilities, and levels of indebtedness.

He also spotlighted the need to effectively address the emerging crisis of the withdrawal of correspondent banking services to certain financial institutions in the Caribbean. “De-risking threatens our economies. This trend hinders our participation in the global financial system and in international trade,” he said, noting that trade represents about 70 per cent of the Jamaican economy and, as such, de-risking measures threaten its integration and economic viability.

He encouraged international partners to establish principles that ensure inclusive development strategies based on a country’s ability to engage in a vibrant, dynamic international trading system.

Also addressing the annual debate was Ralph Gonsalves, Prime Minister of St. Vincent and the Grenadines, who said that a number of rules and regulations implemented in the wake of the 2008 crisis and the global war on terror have had unintended, and potentially devastating impacts on the economies of small States.

Current heavy-handed Financial Action Task Force (FATF) regulations have led to a wave of de-risking and loss of correspondent banking relations in the Caribbean banking sector. “These regulations must be revised urgently before legitimate transactions in the Caribbean –from credit card payments to remittances to foreign direct investment — grind to a halt,” he said.

In its quest for affordable and clean energy, St. Vincent and the Grenadines has invested heavily in developing its geothermal resources, he said.

By 2019, 50 per cent of its national energy needs is expected to be supplied by geothermal energy and a full 80 per cent of its energy will be generated by a mix of renewable resources, including hydro and solar.

The project is financed by partners, including the Clinton Global Initiative, the Abu Dhabi Fund for Development, the Caribbean Development Bank, the International Renewable Energy Agency.