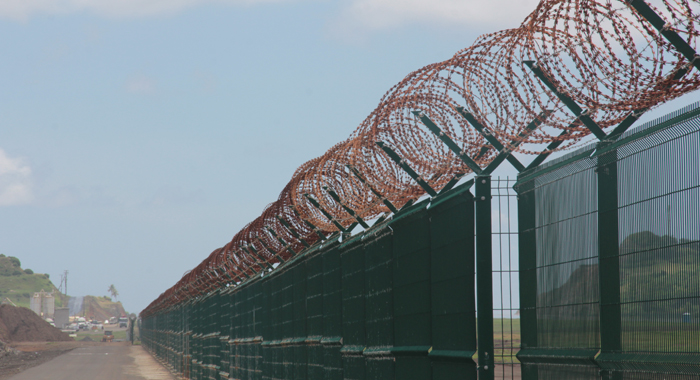 Beware of the faux pas; they return with power to demoralise. At long last, the IADC’s CEO, Rudy Matthias, gave the reason, roundaboutish, for his cortege of failed completion dates. When he was interviewed by iWitness News about the rusting fence, the facetious CEO replied, “Why would it be rusting? I can’t explain that.” “I am not a chemical engineer, so I cannot explain why the fence is rusting.” What an arrogant, flippant response. And a faux pas, too. Matthias’ favourite excuse for his failures is rain. But how would he know? He is not a precipitation engineer; and he is not a meteorologist. Then by his puerile logic, just as he does not know about rust because he is not a chemical engineer, he cannot know about rain because he is not a meteorologist. And you can tell because when he was crying flood, CWSA was crying drought.

Matthias has been trying his hand at construction for the past eight years — and failing dismally; and expensively too. Now he’s told us why. He is not only not a chemical engineer; he is also not a civil engineer. So it’s like: why I can’t get the job done? I can’t explain that. That’s a construction problem. I am not a civil engineer. I don’t know construction; that’s why I can’t get the job done. I am a non-starter for and on the job. There you have the failed dates reason. And bulging costs. And not so roundaboutish too. Matthias has been winging it from the start and it could explain why they had to scramble for an extra 30 acres right after the first shovel-full. I dunno.

Matthias is in charge of building Ralph’s billion-dollar baby. It is smack, plumb in the most unfriendly, aggressive and corrosive atmosphere. The terminal, not yet opened, is weeping rust. The brand new fence, is corroding. The grim view of the graveyard of dead equipment at the site, is a reddish-brown pile of evidence of Rudy’s blind partisan allegiance to ignorance (what rust?). And look at the condition of the air conditioner. Did he ever scratch his head and ask, “What do that?” If Matthias is ignorant of rust, it is not because he is not a chemical engineer: it is because he too apathetic and indifferent to an issue that is real problem. It makes him wilfully negligent. 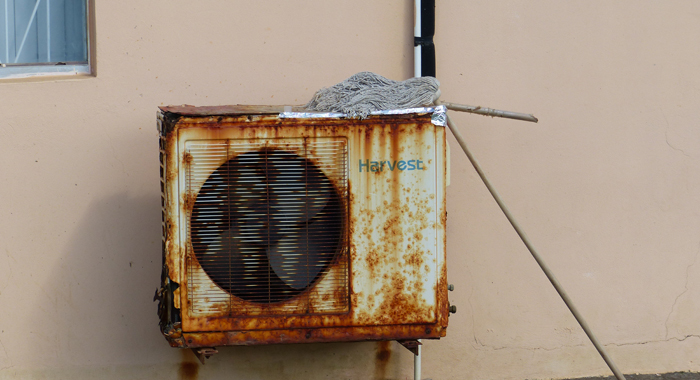 An air conditioning unit at the office of the International Airport Development Company at Argyle.

When you do not know what you are supposed to know, it is wise not to be pompous and condescending. Instead of treating a professional journalist with a modicum of respect, Doctor Matthias, full of hubris and a supercilious attitude, gave iWitness News the finger with his absurd excuse. It is scandalous for a CEO to plead ignorance to a problem that is impossible to ignore. Sit up Matthias: rust is going to be an incessant expense. It is going to rip into revenue — incessantly. His impertinence and disrespect with his shallow, too clever by half response belittled only him and his office. Not Mr Chance or iWitness News. As he tried for.

At the traffic department, if you fail the written test, you cannot get behind the steering wheel of a vehicle. Perhaps there should have been a similar bar for the Argyle project. That raises a Pandora’s box of conundrums: why didn’t Ralph put a suitably qualified person on such a mako job? Why did he keep Matthias on after he proved to be a failure — over and over? Last but not least: did Matthias fail? Or is he just being obedient? Those are two sixty-four thousand dollar questions.

Why didn’t Matthias bother to learn rust? Because of the yarn. It began with an airport for free. Paid for with moolah from the charitable Coalition of the Willing. When that fell through, it was still going to be “debt free;” compliments of the “crown jewel.” Same yarn different wellspring. This freeness concept is the cause for their blasé attitude to “missed” dates. It is the civil servant’s mentality: if it is free (it is always free to a civil servant), failures do not count, do not matter, making a performance bar quite unnecessary. The air con died? Then run and buy a next one. And a next one. Until the freeness runs out because one thing is for sure: the salt air is going to ride out the freeness.

Rudy Matthias is a slavish adherent of — and a strong advocate for — the ULP. That is what counts. That is what matters. It is the bar by which they judge — everything. And employ — everybody.

If this government hired on merit, the highly qualified and experienced project engineer, Haz Samuel (http://www.iwnsvg.com/?s=Haz+Samuel), would have had the job. Alas, a Haz Samuel is the last thing they needed. He would not be obedient and that would have sabotaged the plan. No, what they needed was a propaganda minister. A puppet to spew out completion dates on demand. One who dances to the puppeteer’s strings — and the proof of the pudding is in the eating.

In August 2005, four months before the December general elections, and three years before the project started, the Prime Minister said that the airport would be finished by 2011, “at the latest”. Then, in 2009, the 2011 promise was dutifully repeated by the puppet. Elections was to be in 2010. Different elections. Same ruse. Eighteen days before the four inna row elections, December 2015, the ringmaster, with a plane-full of clowns, landed four planes on the unfinished runway. To think four plane was accident is to think the ringmaster can’t count. You want transparency? Tek transparency; right inna your face. And there was the CEO, party hack, campaigning with the “four inna row” party slogan. The show would have done the Ringling Bros. proud.

So Rudy is not a chemical engineer. Not a meteorologist. Not a precipitation engineer. And not a civil engineer. Then what is he? If you are in, or into, academia, Rudy Mathias’s qualifications are to die for. Matthias graduated with a doctorate from one of the top four universities in the world: The University of Cambridge. He has a PhD in financial economics — and more add-ons. Okay then; he’s a wiz in finance and economics. Yet, the project is frightfully over budget. What gives? Maybe he is one of them specialist scholars who does know everything except how to apply it. Never mind the Cambridge degree; he has the highest qualification for airport construction job — ULPite: the security of tenure.

The brown build-up on top of the blue rafters under the canopy at the entrance you see in the pictures is dirt. Well, the Cambridge grad would not know dirt because he is not a janitor. Sprucing up the terminal would be as easy and cheap as the fence would be as difficult and expensive to keep in a state of readiness for operations. 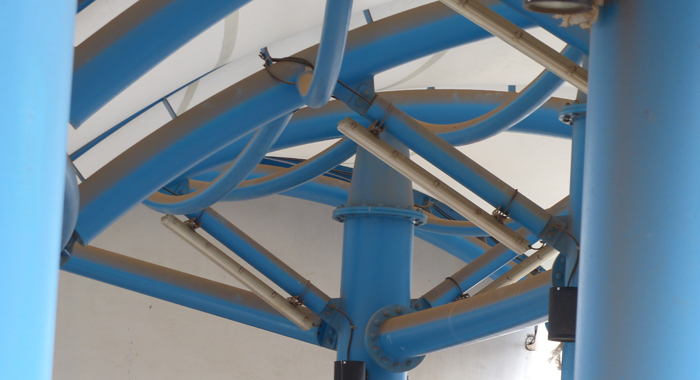 A section of the terminal building at the Argyle International Airport.

Matthias could be as resistant to learning about rust as much as he wants but he, or somebody, go learn it good in the end. When the recurring rust bills keep coming, they better pray that the party can pay for the lights, else is more than Arnos Vale and Canouan they go have to sell to keep plane landing.

Welcome to Argyle on the windward coast, Captain Matthias.