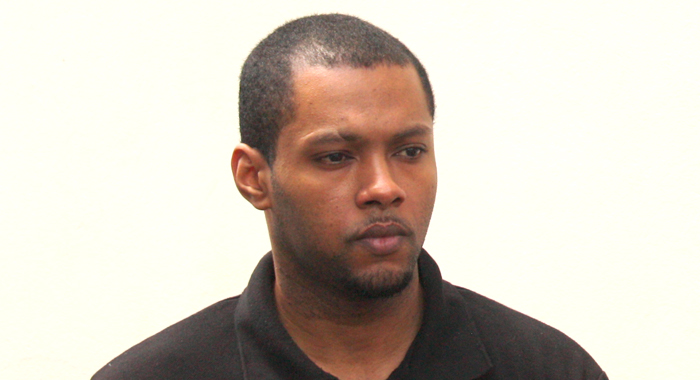 Veron Primus, the man charged with the November 2015 murder of real estate agent Sharleen Greaves returns to court on Nov. 17 for the commencement of a preliminary inquiry.

The date was set when Primus re-appeared before Chief Magistrate Rechanne Browne-Matthias at the Serious Offences Court on Friday.

The 29-year-old Vermont resident, who grew up in the United States, is charged with the murder of 33-year-old real estate agent Sharleen Greaves, which occurred between Nov. 12 and 13 last year.

Greaves was found dead in her Bijou Real Estate office in Arnos Vale on Nov. 13, with multiple stab wounds about her body.

Primus made national headlines when fellow villager, Mewanda Hadaway, 24, told police in late April that Primus had held her against her will in the basement of a house from Jan. 1 2016.

Police investigation of that alleged crime led to the murder charge being brought against Primus.

The offences were allegedly committed in Vermont between Jan. 1 and April 15, 2016.

In addition to the charges he faces in St. Vincent and the Grenadines, Primus has been indicted on one count of murder in New York, and prosecutors there say they will seek his extradition to answer that charge.

The murder charge in the United States is in relation to the 2006 death of 16-year-old Chanel Petro-Nixon, whose body was found in a garbage bag on a Brooklyn sidewalk days after she reportedly went to meet with Primus.

Primus was the main “person of interest” in her murder.