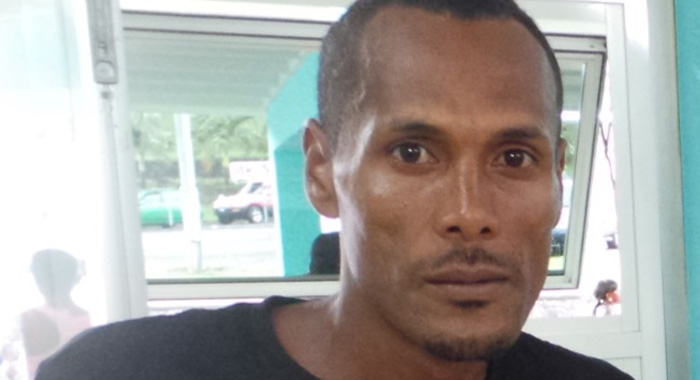 Veteran distance runner Pamenos Ballantyne is levelling scathing criticism at Team Athletics St. Vincent and the Grenadines (TASVG) — the country’s governing body for track and field — over the manner of their operations.

Ballantyne, who was one of the region’s top distance runners for a number of years, expressed his disappointment with TASVG following the cancellation of a number of events in the organisation’s 2016 road racing programmes.

A recent release from TASVG indicated that the Log Enterprises races are on “suspension”.

Among these are the Byera Hill 5k, which was set for last Sunday, Oct. 9, the Sion Hill Sprint – Nov. 6 and the grand finale on Dec. 11 in North Leeward.

Ballantyne said that TASVG have done little to attract sponsors and this is obvious from the forced cancellation of these events.

He said that the NACAC sponsored Round D Town road race, which received a US$25,000 sponsorship from the Puerto Rico based-body is no longer receiving financial support since queries were raised about the manner in which the monies were spent.

“I went to a race in Martinique and a member of NACAC (name omitted) told me that they were giving that amount of money and did not see anything to show how the monies were being spent,” Ballantyne said on radio.

He said that the sponsorship was to have been put to accommodation and prize monies but TASVG wanted athletes come in, in the morning, run in the afternoon and leave the same night so they would not have to pay for the athletes’ accommodation.

This is, however, being hotly disputed by local sources who said that while some sponsorship monies were received it was more in the region of US$10,000.

TASVG held the event two weeks ago and from all reports, it was poorly attended with few local athletes taking part and no overseas representation.

In addition to the management of the finances, Ballantyne also raised concerns with the treatment of athletes and coaches, citing a number of issues that he said supported his claims.

He said that the selection panel of the TASVG, which is under the chairmanship of Rohan “Roache” Thomas has been doing some selections, which, according to him, ignores some of the best athletes.

“They keep selecting some male athletes “who are doing girls time” they cannot even beat the females in Jamaica and yet Roache them still picking them… And it have (sic) people who are doing better times than those who they keep picking”.

Ballantyne, who went to two Olympic Games (Atlanta 1996 and Sydney 2000), is also unhappy with the way TASVG has gone about handing out assistance to some athletes in preparation for Olympic Games.

He said that while some athletes had shown marked improvement in the lead up to the Games, TASVG and the National Olympic Committee (NOC) invested an amount of US$1,000 per month for the last five years on a U.S.-based athlete who could not even make the required standard for the Rio Olympics.

He said the assistance to the said athlete started in 2011 just before the 2012 London Games, which the athlete attended as a “wild card” (one who did not make the standard) and continued with preparations for Rio.

He said that even the person who was taken eventually was still performing well below the standard and reminded all of his prediction that the athlete was going to finish his event last and almost two seconds behind the winning time — which is what happened.

SVG’s representatives at the Rio Olympic Games were Brandon Parris who competed in 400m and Kineke Alexander in the Women’s 400m. Both runners were eliminated in the first round of their events after finishing last and way off the pace.

Ballantyne was also forlorn with the state of distance running in SVG, where he felt that not enough is being done to improve in that aspect of the sport.

“I am heading into retirement and there is no one who we can identify to take over from me and this is not because we don’t have the talent but more because no incentive is given to encourage the young runners. Long-time people would have been satisfied to collect a trophy but not now. You have to give prize monies,” said Ballantyne who turns 43 on Dec. 9.

With regards to the issue of coaching, Ballantyne felt that more opportunities should be offered to all coaches and not only those “whom he say are close to TASVG.

“If you look at what is happening (Keith) Joseph them only sending away certain people (names mentioned) with teams and some of the people they are sending are not even coaching athletes and that can’t be right,” said Ballantyne, who has now branched out into coaching.

Ballantyne travels to Guadeloupe this week to compete in NACAC 10K hoping to finish higher than his sixth place of 2014 and 2015 — being the first runner from the English-speaking Caribbean to breast the tape on both occasions.