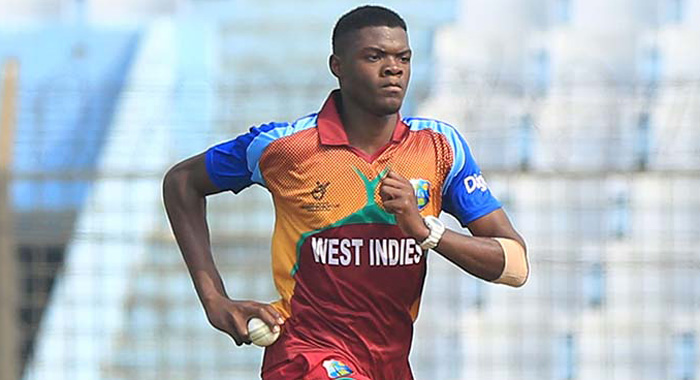 West Indies Cricket Board (WICB), continuing with its policy started a few years ago with the offering of retainer contracts to its 15 top players, have done so again this year.

A release from the WICB said the contracts for the period are based on performances from Oct. 1, 2015 to September 2016.

But while many players set store by these contracts, which, according to the WICB, range from US$100,000 to US$150,000 per annum, three of the 15 players appear not interested in signing on the dotted lines.

No reasons were given by the WICB for the contract snub by the players.

Commentators say Brathwaite’s move is significant since he only assumed the helm of the T20 squad last August, when he was surprisingly chosen to replace the under-performing two-time Twenty World Cup-winning skipper, Darren Sammy.

Sammy, despite being at the helm of the team when they won the 2012 and 2016 T20 World Cups, was thought by many to be a passenger since he failed to perform consistently with either bat or ball. This was something alluded to by chairman of selectors, Courtney Browne, in the decision to axe Sammy.

The 28-year-old Brathwaite is also a member of the One-Day International (ODI) and Test squads, but has been unable to command a spot in the longest format despite a batting average of 45 after three games. This is mainly due his main rival for the position is the test team is the captain Jason Holder, who many believe is not test match quality.

Brathwaite, who took the West Indies to the 2016 ICC T20 title by hitting England’s Ben Stokes for 4 consecutive sixes in the last over, is set to play for Barisal Bulls in the Bangladesh Premier League (BPL), which bowls off on the weekend. He is also expected to sign for a franchise in the Australia Big Bash League (BBL) starting next month.

Bravo, meanwhile, is the Windies leading batsman in Tests, where he averages 40 from 48 Tests with 3,400 runs. He has so far scored 8 hundreds, with the most recent being 102 in the second Test in the historic day/night first Test against Pakistan in Dubai two weeks ago.

The Trinidadian left-hander, who is the younger brother of the irrepressible Dwayne Bravo, is currently a member of the ODI squad but not the T20 unit, and, unlike many of his teammates, is not part of the global T20 domestic circus.

The 35-year-old Samuels, who has indicated that he will be calling time on his international career, had a dismal tour of Pakistan and that tour is assumed by many to have been the closing chapter. He remains an important member of the ODI and T20 squads and, like Brathwaite and Bravo, is part of the squad for the Tri-Nations Series against Sri Lanka and hosts Zimbabwe starting later this month.

Samuels is set to turn out in the BPL for Comilla Victorians.

The WICB said the 12 players who have signed the contracts include 19-year-old fast bowler Alzarri Joseph along with 22-year-old batsman Shai Hope and the 24-year-old left-arm spinner Jomel Warrican.

Joseph, a member of the West Indies Under-19 squad that captured the Youth World Cup in Bangladesh earlier this year, made his debut against India last August.

He was a member of the Test squad on the Pakistan tour.

Hope, who was surprisingly offered a contract, made his debut against England last year. He has played seven Tests in which he has scored 223 runs at an average of 17.15 with a highest score of 41. He has a first class average of 36.30 for an aggregate of 1,561 runs in 28 matches.

He has so far taken 105 first class wickets on 24 matches.

The WICB also has an additional 90 players on contract for the six franchises. Their salaries range from US$15,600 to US$30,000. These players are members of the first class set up who play in the four-day Professional Cricket League, which begins on Nov. 11 and the Super 50 scheduled for January to February 2017.